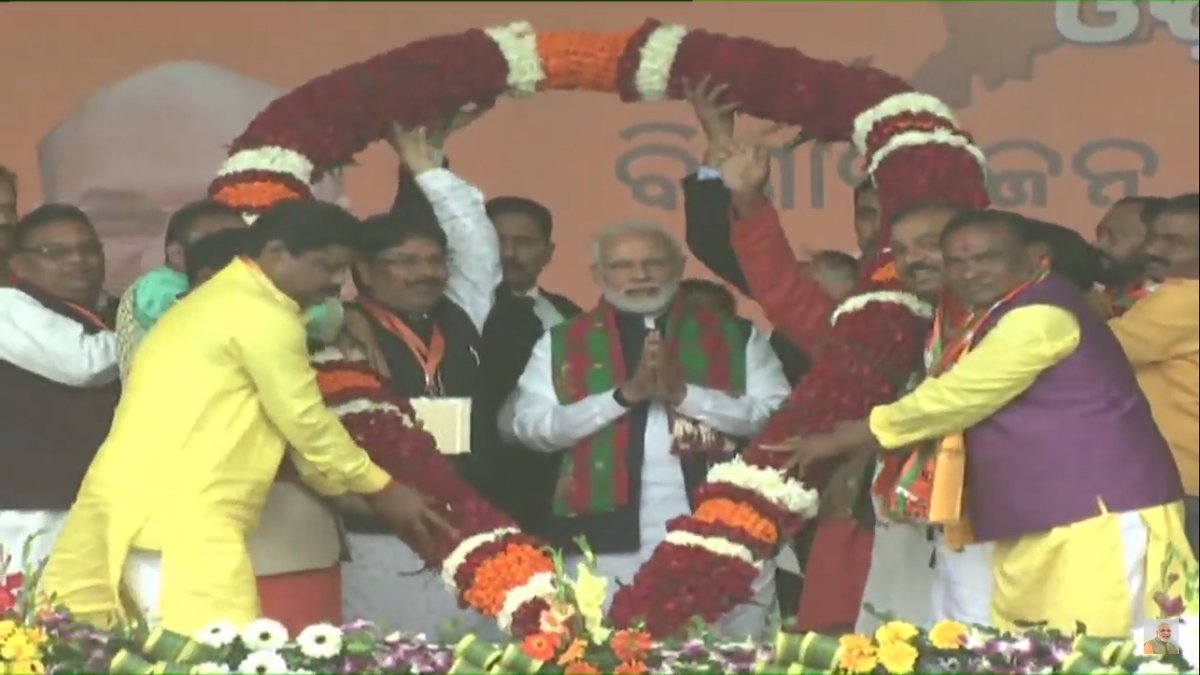 Addressing a public rally at Chhau ground here following the launching of a slew of projects worth over Rs 4,500 crore for Odisha under Purvodaya Mission programme, Modi said that the poor people of Odisha are deprived of healthcare benefits due to non-implementation of Ayushman Bharat in the State.

Without specifying Naveen government or the BJD’s name, he urged the State government not to keep the beneficiaries away from availing benefits under the healthcare programme.

He began his speech and concluded with ‘Jay Jagannath’. He welcomed the gathering in Odia and Santali languages.

Throughout his speech, Modi did not target Naveen directly; rather spoke about several issues including Pipili gang rape and murder case.

He slammed the State government over rising crime against women and vaccination under Indradhanush health programme.

“The injustice to gang rape victim in Pipili in Odisha’s holy district Puri was disturbing. Despite stringent rules against women violence, the government and administration have failed to give justice to the victim and her family,” he said.

He appealed to the government for fair probe into the case to give justice to the victim.

“The Centre has launched several schemes for women and children health in the country. Even we have made significant progress in achieving our goal by vaccinating the pregnant women and children under the Indradhanush scheme. But, the government has shown minimal interest to successfully carry out the vaccination programme under Mission Indradhanush and lakh of poor families are deprived under the scheme,” he said.

He said that the development can only be achieved with coordination of both the Centre and State. The projects launched in Odisha today will generate employment for educated youths.

“The number of developmental projects being implemented here will take Odisha to the height of development in the upcoming days. We need to maintain its speed and continue it,” Modi added.

Police accept negligence on its part behind escape of Mamita…

Will Odisha join Ayushman Bharat? Talks begin to chalk out…