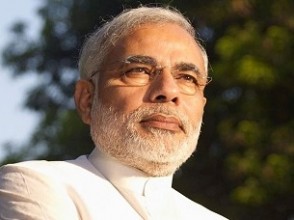 Prime Minister Narendra Modi on Monday batted for equal women rights in the Muslim community and said he favoured discontinuation of ‘triple talaq’.

Addressing a gathering in Bundelkhand, the Prime Minister said it was for this reason that his government has told the Supreme Court that inequality cannot be allowed in the name of religion.

Modi also said that justice demands that the government works as per the Constitution and provides gender justice for everyone.

He also lashed out at political parties, who he alleged were worried about their vote banks rather than bringing about gender equality. “How can a system wherein our sisters are divorced even on uttering divorce three times over phone be accepted,” he mused.

He added that this issue should not be seen through the prism of a community and rather with the good intention of bringing about equality for all. (IANS)