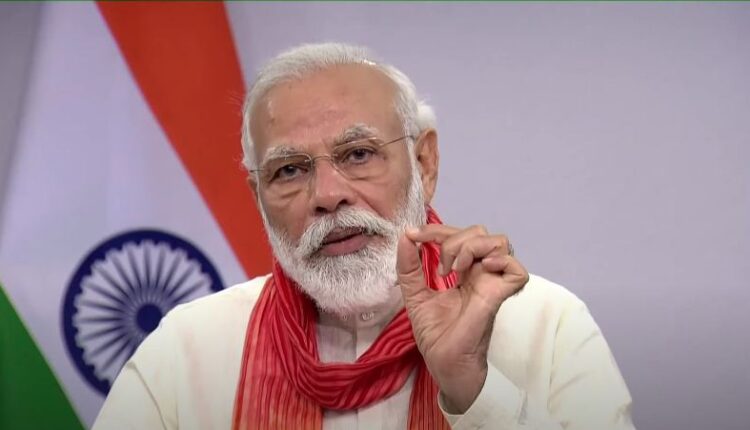 New Delhi: Prime Minister Narendra Modi on Sunday greeted US President Elect Joe Biden and said that as Vice President his contribution to strengthening Indo-US relations was critical and invaluable and India will look forward to work closely together.

The Prime Minister also congratulated Vice President elect Kamala Harris saying her success is pathbreaking, and a matter of immense pride not just for your chittis, but also for all Indian-Americans.

In a series of tweets, Modi said, “Congratulations Joe Biden on your spectacular victory! As the VP, your contribution to strengthening Indo-US relations was critical and invaluable. I look forward to working closely together once again to take India-US relations to greater heights.”

Congratulating Kamala Harris, who is set to become first women Vice President of the US, he said, “Heartiest congratulations Kamala Harris! Your success is pathbreaking, and a matter of immense pride not just for your chittis, but also for all Indian-Americans. I am confident that the vibrant India-US ties will get even stronger with your support and leadership.”

Modi’s remarks came soon after Biden, the former two-term vice president and a Senate veteran, won the US Presidential elections to be the 46th President of the US. While Harris will be the next vice president, the first woman and the first person of colour to hold the office.

Congress President Sonia Gandhi also extended warmest congratulations to President-elect Biden and Harris on her election as the next Vice President.

She said, “Under the wise and mature leadership of President-Elect Biden and Vice President-Elect Harris; India looks forward to a close partnership that will be beneficial to peace and development in our region and around the world.”

Former Congress chief Rahul Gandhi took to twitter and wrote, “Congratulations to President-elect Joe Biden. I’m confident that he will unite America and provide it with a strong sense of direction.”

“Congratulations, Vice-President-elect Kamala Harris! It makes us proud that the first woman to serve as Vice President of the US traces her roots to India,” he said in another tweet congratulating Harris.

COVID-19: UNICEF Working With Over 350 Partners To Deliver Vaccines & Other…

The coronation of US Vice President-elect Kamala Harris…