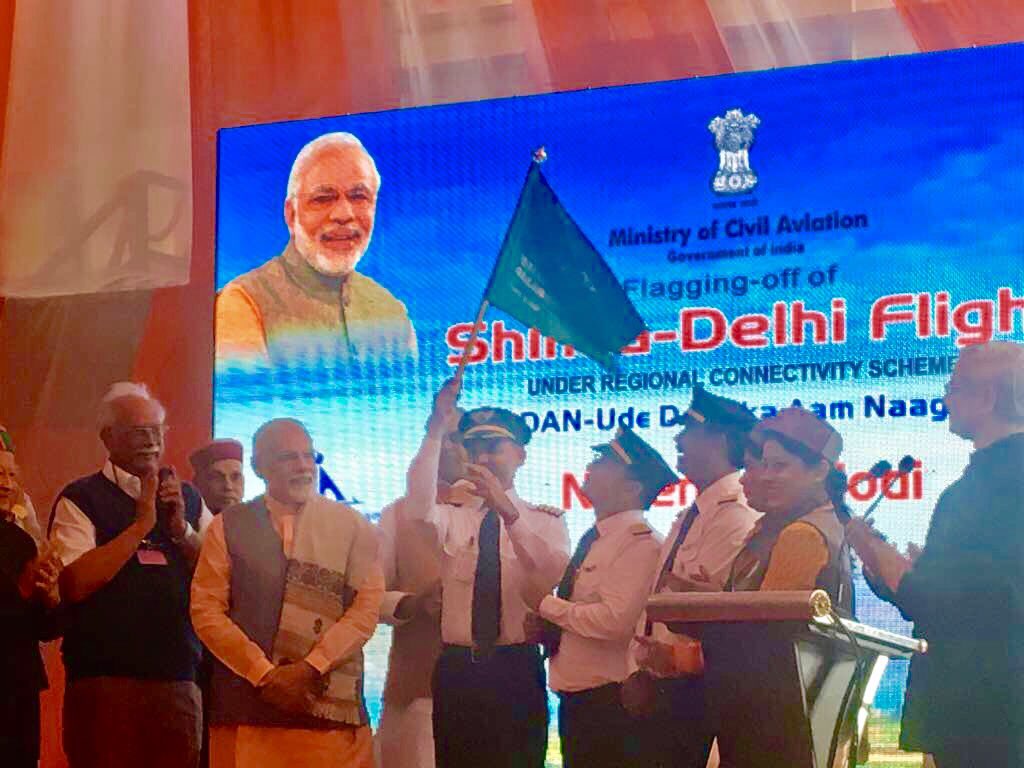 Prime Minister Narendra Modi on Thursday flagged off the first Rs 2,500 an hour flight from here as part of the government’s UDAN scheme that makes air travel cheaper and accessible to lower middle class families of India and plans to enhance connectivity with more airports across the country.

The first regional flight under the Ude Desh ka Aam Nagrik (UDAN) scheme was flagged off between Shimla and Delhi. Air India subsidiary Alliance Air, which will operate the Delhi-Shimla flight, has put the fare at Rs 2,036.

“If the middle class of our country gets a chance they would change the image as well as the destination of the nation. The lives of the middle class will transform and their aspirations are increasing,” he said, adding the scheme is going to help tourism sector in Himachal Pradesh and other places where it would be launched soon.

The aviation scheme caps airfare for an hour-long journey of approximately 500 km on a fixed wing aircraft or for 30 minute journey on a helicopter at Rs 2,500.

The UDAN Scheme is a key component of the National Civil Aviation Policy (NCAP) which was released on June 15 last year. On March 30 this year, the central government under the scheme awarded contracts to five companies to operate flight services on 128 routes that will connect 70 airports. (IANS)