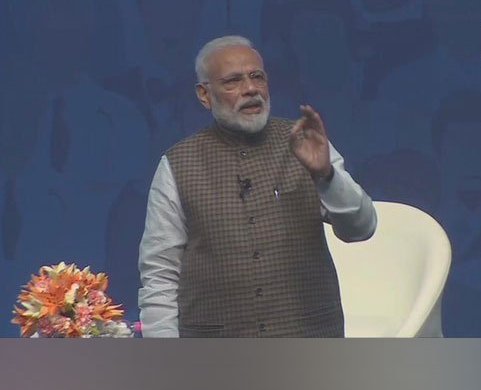 Bhubaneswar: Two days ahead of his visit to the State, Prime Minister Narendra Modi oozed confidence and said “Odisha verdict will surprise India”, referring to the BJP’s poll performance in the State in the upcoming general elections.

He further said that Odisha will be the second Tripura, where the BJP won a comfortable majority in the last Assembly elections, dismantling the Left Front government of 25 years.

Modi said the BJP was earlier considered not so strong in Odisha but he is now hopeful and confident (about BJP’s good show) after seeing the excitement and enthusiasm among people there during his recent visits to the State.

Worth mentioning here, Modi is scheduled to address a public meeting in Kalahandi on April 2 and another in Sundergarh on April 6.

Modi had launched BJP’s poll campaign in the State from Jeypore in Koraput district on March 29.

BJP has set a target to win at least 120 of the 147 Assembly seats in Odisha.

Party President Amit Shah is also scheduled to visit the State on Monday and address two meetings at Parlakhemundi in Gajapati district and Umarkote in Nabarangpur district.

Fire breaks out at market complex in Odisha’s Cuttack city