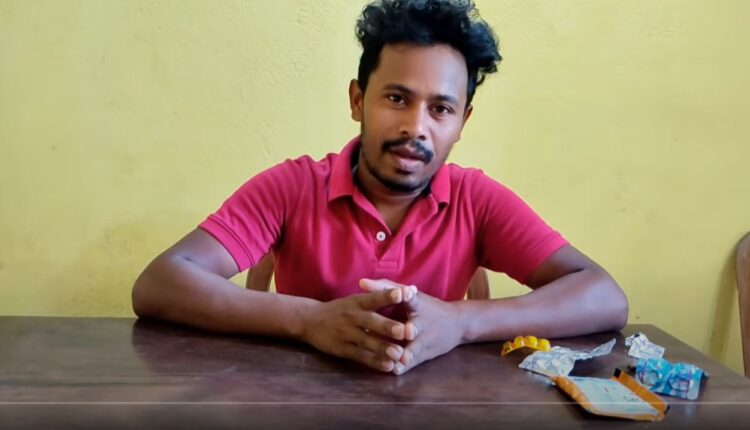 “Isak Munda ji hails from a village in Sambalpur district of Odisha. Isak ji once used to work as a daily wager but now he has become an internet sensation. He is earning a lot through his YouTube Channel. In his videos, he shows prominently the local dishes, traditional ways of cooking, his village, his lifestyle, family and food habits. His journey as a YouTuber began in March 2020 when he posted a video related to Pakhala, the famous local dish of Odisha. Since then, he has posted hundreds of videos. This effort of his is different for many reasons. Specially because through this, people living in cities get a chance to watch the lifestyle about which they don’t know much. Isak Munda ji is celebrating by blending culture and cuisine equally and inspiring us too,” the PM said.

It was March 26, 2020 when 35-year-old Isak Munda uploaded his first video on YouTube. Little did he know that the move would change his life and make him one of the most successful YouTubers in the country.

Munda’s decision of creating his YouTube channel ‘isak munda eating’ was not an initiative to showcase any talent, as done by others. Rather, it was a desperate attempt to earn some money to make ends meet and ensure survival of his family members– his wife, an eight-year-old daughter, a six-year-old son, a five-year-old daughter and a three-year-old daughter– at a time when he and the entire nation were reeling under job loss due to the pandemic situation.

A class-VII pass-out, Munda worked as a construction worker and was struggling for survival at that time due to lack of work amid nationwide lockdown.

He later came to know about the process of uploading videos of YouTube and monetizing those. With a savings of Rs 3,000 and loan from a micro financing company, Munda bought a smartphone and started recording videos of his random day-to-day activities, especially food consumption.

The very first video uploaded by Munda was a clip of him having rice and sambar at his house. As the video went viral and received overwhelming response with immense ‘likes’ and ‘shares’, it encouraged him to record more such videos and post those on YouTube.

A year later, Munda is now a lakhpati and a noted content creator on YouTube. “Three months after running the channel, I received Rs 37,000 in my bank account from YouTube. A month later, I got Rs 5 lakh,” said Munda.