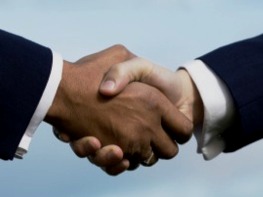 Modi arrived here in the morning on the third and final leg of his three-nation tour. He was earlier in China and then went to Mongolia.

A memorandum of understanding (MoU) on Avoidance of Double Taxation and the Prevention of Fiscal Evasion with Respect to Taxes on Income was inked.

An MoU was inked for cooperation in maritime transport and logistics, including through sharing of technologies, information and experiences, the training of seafarers, exchange of experts and port operations, said an external affairs ministry statement.

A bilateral Agreement on Cooperation in Audio-Visual Co-Production was inked for co-production of films, animation and broadcasting programmes.

An MoU was inked for cooperation between the National Security Councils of both countries to formalise consultations in a number of areas.

Both sides inked an MoU for cooperation in areas of renewable energy, smart grids and power information and technology, transmission and distribution of electric power, energy efficiency and storage system.

An MoU was inked to strengthen and encourage cooperation on youth matters through participation in events and activities through exchanges, international conferences, seminars, youth camps, festivals etc.