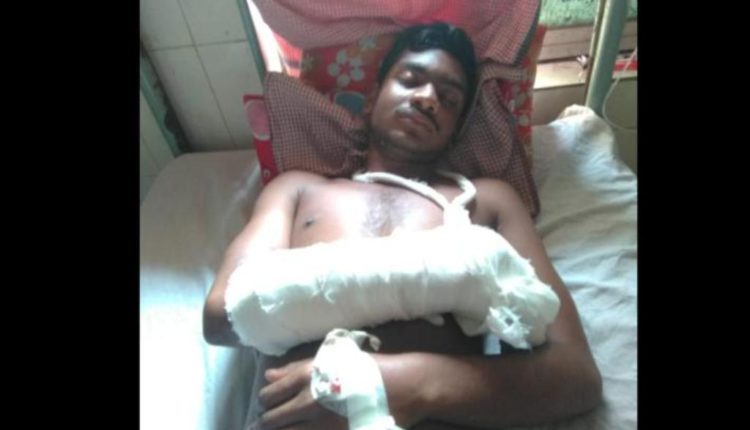 Cuttack: In yet another suspected Momo challenge incident, a youth of Jharkuta village in 42 Mauza here cut his own hand allegedly after playing the online game. However, he has been admitted the SCB Medical College and Hospital here.

The youth has been identified as Sunil Das, son of Basudev Das of the village.

Sources said Sunil cut his hand with a sickle this afternoon. Soon after, his family members rushed him to the SCB Medical College and Hospital here for treatment. His condition is stated to be stated now.

Though the exact reason behind the incident is yet to be ascertained, family members suspect that Sunil took this step after playing Momo challenge on his phone.

Earlier on September 5, a youth of Umara village in Mahanga area of Cuttack district committed suicide after playing the online game. He was found hanging in an under-construction club house here.

Odisha to issue advisory against ‘Momo…