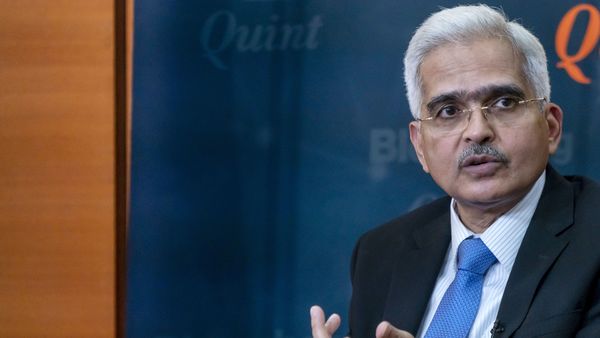 According to RBI governor Shaktikanta Das, in view of the COVID-19 pandemic, the Monetary Policy Committee (MPC) has advanced its meeting scheduled for 31st March, to 1st and 3rd April 2020. It met on 24th, 26th and 27th March and undertook a cautious evaluation of the current and evolving macroeconomic and financial conditions, and the outlook.

The Cash Reserve Ratio (CRR) was lowered by 1 per cent to 3 per cent from 4 per cent. The last CRR cut was in February 2013 when it was reduced by 0.25 per cent to 4 per cent. The marginal standing facility (MSF) rate would continue to be 0.25 per cent above the policy repo rate (i.e., 4.65 per cent).  Bank Rate becomes 4.65 per as it is aligned to Marginal Standing Facility (MSF) rate. Similarly, Statutory Liquidity Ratio (SLR) remains unchanged at 19.5 per cent.

Repo rate is known as the benchmark interest rate at which the RBI lends money to the banks for a short term against securities. Similarly, reverse repo rate is the short term borrowing rate at which RBI borrows money from banks against securities. Repo Rate signifies the rate at which liquidity is injected in the banking system by RBI, whereas Reverse Repo rate signifies the rate at which the central bank absorbs liquidity from the banks. In other words, Repo rate helps commercial banks to get liquidity (i.e., acquire funds) from RBI by selling securities and also agreeing to repurchase same at later date. It is otherwise known as Sale and Repurchase Agreement.

The cash reserve ratio or CRR is the amount of money banks need to compulsorily park with RBI in cash as buffer and do not earn any interest on it. Requirement of minimum daily CRR balance maintenance reduced from 90 per cent to 80 per cent effective from 28 March 2020 to 26 June 2020. MSF is special window for banks to borrow overnight funds from RBI against approved government securities in an emergency situation like an acute cash shortage. Scheduled commercial banks can only borrow.

Statutory Liquidity Ratio (SLR) is the minimum proportion of banks’ Net Demand and Time Liabilities, every bank is required to maintain at the close of business every day, in the form of cash, gold and un-encumbered approved securities. In other words, the ratio of liquid assets to demand and time liabilities is known as Statutory Liquidity Ratio (SLR). RBI is empowered to increase this ratio up to 40 per cent. A decrease in SLR also increases the bank’s leverage position to pump more money into the economy.

Bank Rate once used to be the policy rate (the key interest rate based on which all other short term interest rates move) in India. On the introduction of Liquidity Adjustment Facility (LAF), discounting/rediscounting of bills of exchange by the Reserve Bank has been discontinued. As a result, the Bank Rate became dormant as an instrument of monetary management.

Bank Rate is now aligned to Marginal Standing Facility (MSF) rate, the penal rate at which banks can borrow money from the central bank over and above what is available to them through the LAF window. In other words, MSF assumed the role of bank rate, once the latter became operational in 2011. Bank Rate is now used only for calculating penalty on default in the maintenance of cash reserve ratio (CRR) and the statutory liquidity ratio (SLR).

When the repo rate decreases, borrowing from RBI becomes less expensive and bank lends at reduced rate. Due to reduction in lending rate, cost of borrowing, interest rate obligation is reduced. Normally people borrow more.  If RBI wants to make it more expensive for the banks to borrow money, it increases the repo rate. Since, Shaktikanta Das has taken over the charge of RBI governor, he has reduced repo rate frequently.  In January 2015, it was 7.75 per cent and in December 2018, it was 6.5 per cent when Shaktikanta Das became governor. During his regime, repo rate has been reduced by 2.25 per cent. He has just done what corporate and finance ministry wanted. The reluctance of Urjeet Patel to reduce rate as directed by finance ministry had led to its exit and Raghuram Rajan was also not given second term.

RBI governor thinks that by reducing repo rate, he has made the cost of borrowing cheaper. As a result of which, people borrow more and will spend which will spur economic activities and spur growth. But actually, people are not in a position to borrow as their purchasing power has declined and repayment capacity has been devastated. Credit offtake has been hit hard too. But interest rate reduction has neither benefited banks nor consumers. It has affected profitability of banks and benefited only corporate honchos as their cost of borrowing and interest repayment obligation has been reduced. It has not spurred growth in any manner.

Any decrease in the reverse repo rate means that the banks will get a lower rate of interest from RBI. As a result, banks will prefer to lend to people more instead of keeping their money in RBI.  But since corporate behemoths are not repaying their loans and even not investing in projects for which loan made, loans are turning into NPAs affecting the functions of banks. Further bank is parking funds with the Reserve Bank instead lending because, demand for credit has declined due to dwindling demand and slowdown of economy.

It may be recalled that during the month of March so far, banks have been parking close to Rs 3 lakh crore on a daily average basis under the reverse repo as the growth of bank credit has been steadily slowing down. Reserve Bank Governor Shaktikanta Das has admitted that slowing credit growth is one of the major challenges that banks are facing currently. Loan growth in the system is hovering around 7 per cent. Now RBI governor should understand and address above concerns as banks fear to lend to corporates.  Due to this reduction in reverse repo rate, banks will be loser and their profitability will be dampened as they will get fewer returns from RBI.

RBI governor says that he has made provision of injecting liquidity of Rs 3.74 lakh crore in the market and nudges banks to lend to the productive sectors of the economy. These measures pertain to targeted long-term repo operations (TLTRO) of up to Rs 1 lakh crore , a 100-basis point (bps) or 1 per cent cut in cash reserve ratio CRR and easier borrowing requirements under the marginal standing facility (MSF) window. RBI said that both the CRR cut and the easing of MSF borrowing requirements will lead to an Rs 1.37 lakh crore liquidity infusion each. Due to reduction in CRR, banks are gainers as they don’t get any interest from RBI from this reserve.

This term, targeted long-term repo operations (TLTRO) is imitated from European system while ‘Operation Twist’ from Federal Reserve of US. The targeted longer-term refinancing operations (TLTROs) are Eurosystem operations that provide financing to credit institutions. Under LTRO, RBI will conduct auctions of targeted term repos of up to three years tenor of applicable sizes for a total amount of upto Rs.1 lakh crore to be conducted at a floating rate linked to policy repo rate. Under the marginal standing facility (MSF) window, banks can borrow overnight by dipping up to 2 per cent into the statutory liquidity ratio (SLR). Now, owing to the exceptionally high volatility in domestic financial markets, banks have been allowed to dip 3 per cent into SLR for borrowings under MSF. This will be applicable up to 30 June 2020.

According to RBI governor, the onset and rapid propagation of COVID-19 in India has ignited large sell-offs in the domestic equity, bond and forex markets. With the intensification of redemption pressures, liquidity premia on instruments such as corporate bonds, commercial paper and debentures have surged. RBI governor said that the country is living through an extraordinary and unprecedented situation and everything hinges on the depth of the COVID-19 outbreak, its spread and its duration. Hence, he has announced few measures aimed at minimising the damage from COVID-19.

Apart from injecting liquidity, banks permitted to allow moratorium of three months on payment of installments in respect of all term loan EMIs outstanding as on 1 March 2020.  The MPC noted that macroeconomic risks, both on the demand and supply sides, brought on by the pandemic could be severe. But actually nation is facing demand side problem. Now, demand will be further squeezed due to detrimental impact of COVID-19.

The sharp loss of economic momentum in recent years is a result of a shock to aggregate demand rather than the usual constraints on the supply side. It means present economic problem is due to lack of demand, or demand side problems but he has addressed supply side of problems. Corporate tax cut done few months back also addresses supply side problems. RBI governor should introspect that despite reducing repo rate frequently, economic growth has declined instead of increasing.

The MPC was not unanimous for such huge reduction in the policy repo rate. Further, when lending rate is reduced, banks will reduce deposit rates to maintain parity. We all are getting negative real interest rate (nominal interest rate- consumer inflation) on savings. Those who depend on returns from savings for livelihoods especially senior citizens, widows are worst hit. It is affecting savings and thereby growth as Indian economy is a savings economy.