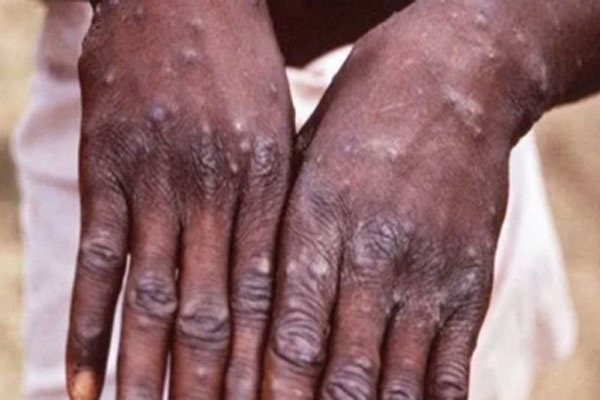 New York: The latest outbreak of monkeypox virus is likely to get “permanently entrenched” as sexually transmitted infection (STI) in the US because its early symptoms are easy to miss, according to an Indian-origin expert.

The US has recorded 244 monkeypox cases to date, with another 43 spotted this weekend across 25 states and Washington DC, while the global count is near 4,000.

According to Dr Jay Varma, an epidemiologist at the Weill Cornell Medical School in the US, early infection signs are “innocuous” and in hard to see places in the human body, raising the likelihood it is missed, Daily Mail reported.

As a result, the virus gets a window to transmit to others, before more serious signs like flu-like symptoms and rashes across the body appear.

Varma added that the tropical disease was also being aided by a lack of STI testing in the US, leaving many cases undiagnosed.

“Other experts and I fear that monkeypox will exploit this vulnerability (of a lack of testing) and become a permanently entrenched STI in the US,” Varma was quoted as saying to the New York Times.

“Initial skin changes in this outbreak often appear innocuous and can occur in locations that are easy to miss, such as inside the anus. Nevertheless, these lesions are highly contagious and can even contaminate surfaces or materials such as towels, which can spread infection to other people.

“The skin changes can also mimic those of other infections, such as herpes, molluscum or syphilis, so monkeypox can be easily misdiagnosed by someone not expert in evaluating STIs,” he added.

Meanwhile, the World Health Organisation has stopped short of declaring the virus an international emergency. While the global health body noted that the escalating monkeypox outbreak in more than 50 countries should be closely monitored, it said “at this stage”, it does not warrant being declared a global health emergency.

Further, the WHO has maintained that although the current outbreak has seen among men who have sex with men, the virus itself is not a sexually transmitted infection and anyone can contract monkeypox

“While there is some debate among epidemiologists about whether to call monkeypox ‘sexually transmitted’ versus ‘sexually transmissible,’ it is reasonable to consider that sex is one activity that transmits infection, similar to other infections that are transmitted by skin-to-skin contact during sex, like herpes, syphilis and the human papillomavirus,” Varma said.

He compared the situation to that of HIV — which entered America in the 1970s and 80s — and syphilis – which is thought to have arrived in the 1500s, the report said.

Cases of common STIs — including chlamydia and gonorrhoea — are already thought to be at an all-time high nationwide.

Experts say this is in part because of interruptions to testing during the Covid-19 pandemic. It is likely that many cases of monkeypox are also going undiagnosed due to a lack of testing, or being written off as another infection, the report said.

Curd, lassi, cheque books, ink to be costlier from July 18; here’s why