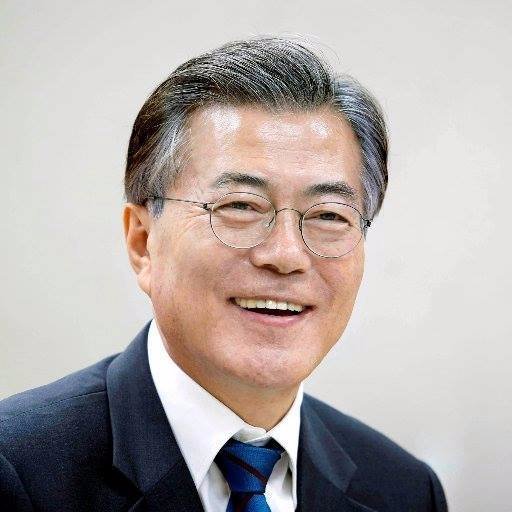 Moon Jae-in was sworn in as the new South Korean President on Wednesday and he used his inauguration to ease geopolitical tensions on the Korean peninsula, saying he is prepared to visit North Korea and to hold discussions with Washington and Beijing.

The newly-elected President also took a first step in forming his government, announcing his choices for top posts in the Cabinet, spy agency and presidential secretariat, Yonhap news agency reported.

In a televised inaugural speech, Moon said: “My head is full of a blueprint to open a new world of unity and coexistence.”

He said that he would even be willing to visit Pyongyang under the right circumstances.

“I will quickly move to solve the crisis in national security,” Moon told the national assembly in Seoul after he was sworn in as successor to Park Geun-hye, who is awaiting trial on corruption and other charges after being impeached late last year.

Moon, who won Tuesday’s election by a landslide, added: “I am willing to go anywhere for the peace of the Korean peninsula if needed. I will fly immediately to Washington, I will go to Beijing and I will go to Tokyo. If the conditions are right, I will go to Pyongyang.”

Moon added that he would have “serious negotiations” with the US and China over the controversial deployment of anti-missile system Thaad.

In his first key appointments, President Moon named Lee Nak-yon, the current governor of South Jeolla Province, to the post of Prime Minister. If confirmed by Parliament, he will replace outgoing Hwang Kyo-ah.

Suh Hoon, who played a key role in preparing the two inter-Korea summits in the 2000s, was named to head the National Intelligence Service.

Joo Young-hoon, a former official at the presidential security service, was named to head the organisation.

The President also said he would relocate the presidential office to Gwanghwamun, central Seoul, as soon as preparations are made, as his first measure to break away from an imperious and uncommunicative presidency.

The US, Japan and China congratulated Moon on his victory.

White House press secretary Sean Spicer said the US looked forward to continuing to “strengthen the alliance” and “deepen the enduring friendship and partnership”.

Japanese Prime Minister Shinzo Abe said their countries faced common challenges “led by responses to the North Korean issue” but they could “further contribute to peace and prosperity of the region by working together”.

Chinese President Xi Jinping said he “always attaches great importance to the relationship between China and South Korea”, and that he was “willing to diligently work with” Moon to ensure both countries benefit, Xinhua reported.

Moon succeeded Park Geun-hye, who was removed by a Constitutional Court ruling on March 10, that upheld her parliamentary impeachment over a series of corruption allegations. (IANS)