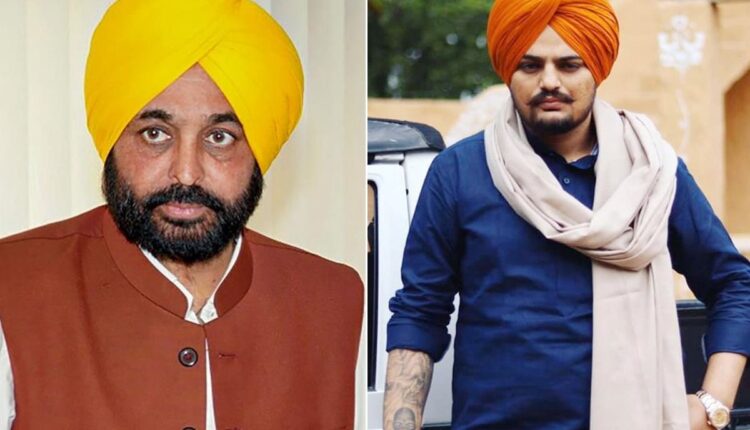 New Delhi:  The ghost of Punjabi pop singer Sidhu Moosewala appears to have risen to inflict a crushing defeat on AAP in the key Lok Sabha by-election for the Sangrur seat which had fallen vacant after Bhagwant Mann resigned to become the Punjab Chief Minister.

The AAP leadership had come under severe criticism as Moosewala was shot dead just a day after the state government reduced his security along with some other opposition leaders in what was seen as a populist measure that had put their lives at risk.

The opposition poll campaign succeeded in driving home the deteriorating law and order situation in the state where incidents of murder, extortions, and looting are reported every day. Former ambassador and columnist, K.C. Singh tweeted on June 25, a day in advance of the election result that the Moosewala killing has brought the AAP government in Punjab on the backfoot hinting at its possible defeat.

Simranjit Singh Mann at his press conference after the poll victory attributed his success at the hustings to the slain singer Sidhu Moosewala, and controversial actor late Deep Sidhu who died recently in a road accident, and Sandeep Ambian, an international Kabaddi player who was shot dead in a gang war – all of them are his supporters.

The total voter turnout this time was only 45 per cent though in 2019 when Bhagwant Mann won this seat polling was 72.44 per cent. Bhagwant Mann had won the Sangrur seat in the 2019 parliamentary elections with a margin of over 1.2 lakh votes for the second time in a row after emerged winner in the seat as 2014 as well. He had managed to hold off a nationwide sweep by the BJP led by Prime Minister Narendra Modi.

The by-election result is seen as the first major test to gauge the popularity of the three-month-old Bhagwan Mann government which had swept Assembly polls winning 92 seats in the 117-seat Vidhan Sabha and all the 9 from the Sangrur parliamentary constituency. AAP had contested Assembly elections on the plank of development and zero tolerance for corruption.

The defeat is being seen as a personal blow to the Chief Minister who became MP twice from this seat in 2014 and 2019. The opposition has been targeting CM for being remote-controlled from Delhi by Arvind Kejriwal, the party convenor. Secondly, the CM has been accused of running to Himachal and Gujarat in the company of Kejriwal to campaign for AAP, in the Punjab government helicopter.

Simranjit Singh Mann, a two-time MP, founded his separate Akali Dal in 1994. He quit the Indian Police Service in 1984 in protest against Operation Bluestar. He was also accused of conspiracy in the assassination of late Indira Gandhi and had remained in jail for 5 years before being acquitted.