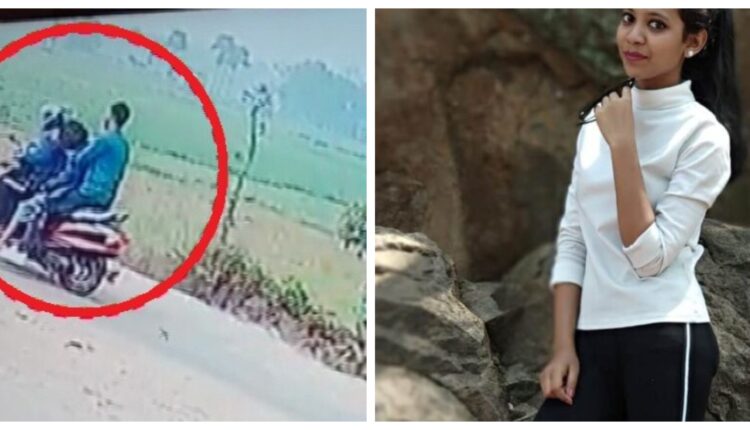 Bhubaneswar: Even though mystery still shrouds the death of Jharaphula Nayak, some fresh revelations have come to fore today. A car chased the two-wheeler on which Jharaphula’s male friend, Rakesh Swain and his friend was carrying the girl’s dead body near Rajendrapur in Jajpur district on January 27 morning.

During police interrogation, Rakesh Swain, who was arrested on January 28 for his alleged involvement in Jharaphula death case, reportedly stated he and his friend carried the girl’s body on the two-wheeler towards Mayurbhanj. However, they changed their plan when a car followed them.

The occupants of the car asked him and friend why the young woman’s head was reclined to one side and legs were hanging. In reply Rakesh and his friend stated the young woman was unwell while riding the two- wheeler.

Once the car moved ahead, Rakesh and his friend decided to dump the body on roadside near Rajendrapur in Jajpur as they feared of getting caught.

The sources added Rakesh revealed during the quizzing that he chatted with Jharaphula’s family members posing as Sonali, the girl’s friend till late night.

The dead body of Jharaphula, a student of the Rama Devi Women’s University and a resident of Jashipur in Mayurbhanj district was found lying on roadside near Rajendrapur in Jajpur was found on January 27. Based on a CCTV footage, the police identified Rakesh and his friend who rode a two-wheeler carrying Jharaphula’s body.

On January 28, Rakesh was arrested while his friend, who was driving the two-wheeler, is yet to be nabbed.