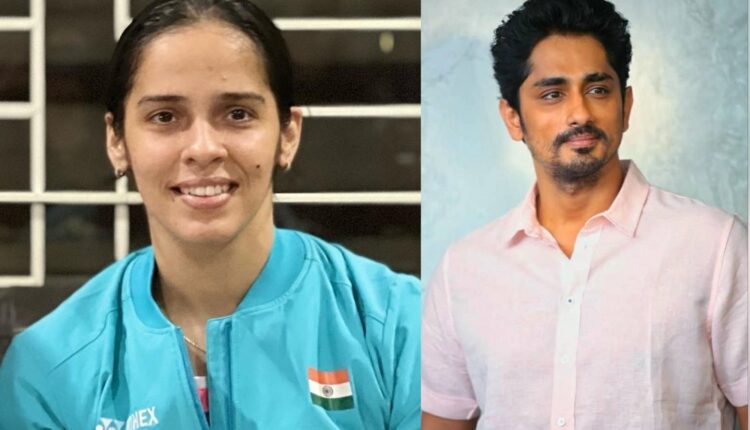 Hyderabad/Bhubaneswar: Fresh trouble has brewed for Bollywood and South cinema star Siddharth who has been at the centre of controversy for his rude and sexist tweet to Indian badminton ace Saina Nehwal.

Hyderabad Police has registered an FIR against Siddharth based on a complaint filed by Bharatiya Janata Party (BJP) leaders Neelam Bhargava Ram and Prerna T. The actor has been booked under Section 67 of the IT Act and Section 509 of the Indian Penal Code.

Responding to a tweet by Nehwal in which she wrote on Prime Minister Narendra Modi’s security breach during his visit to Punjab, Siddharth tweeted, “Subtle cock champion of the world… Thank God we have protectors of India. Folded hands. Shame on you Rihanna.”

The comment triggered uproar on social media, with many condemning the actor and his choice of words.

Reacting to Siddharth’s comment, Nehwal said: “I used to like him as an actor but this was not nice. He can express himself with better words but I guess it’s Twitter and you remain noticed with such words and comments.”

Siddharth on Tuesday night issued an apology to Saina for his tweet.

Taking to Twitter, Siddharth wrote: “Dear Saina, I want to apologise to you for my rude joke that I wrote as a response to a tweet of yours a few days ago. I may disagree with you on many things, but even my disappointment or anger when I read your tweet, cannot justify my tone and words. I know I have more grace in me than that. As for the joke, if a joke needs to be explained, then it wasn’t a very good joke to begin with. Sorry about a joke that didn’t land.”