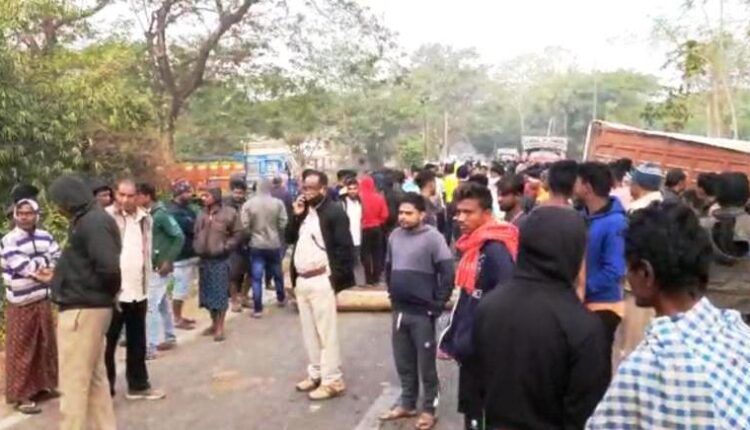 Jajpur: Morning walk proved fatal for a young woman as she was mowed down by a truck near Ketakia Chhak under Jajpur Sadar police limits today. The deceased has been identified as Barsarani Jena.

Reportedly, Barsarani was out on a walk with her friend early this morning, when a truck loaded with concrete chips ran over her. The driver and helper fled after the mishap leaving the vehicle on the spot.  Soon after, few locals rushed her to the district headquarters hospital (DHH), where doctors declared her brought dead.

Angry over the mishap, locals in large number assembled and blocked the road with woods disrupting vehicular movements.

On receiving information, Sadar police rushed to the spot and were pacifying the agitators till the last report was filed.