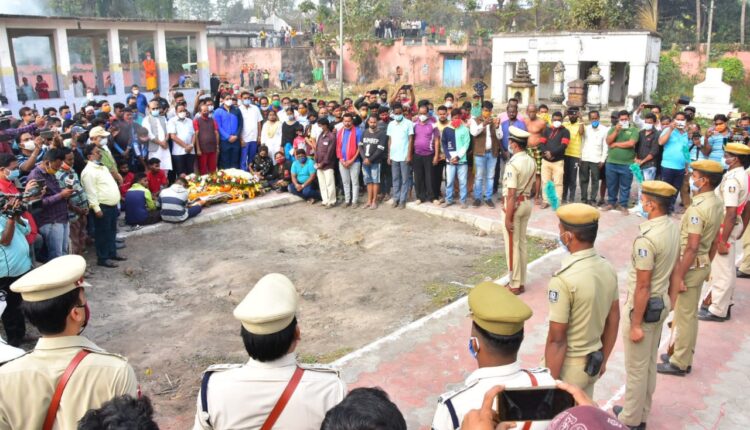 Cuttack: Mortal remains of noted social activist Padma Shri D Prakash Rao, who passed away yesterday, were consigned to flames as the body was cremated at Kaliaboda crematorium in Odisha’s Cuttack city, today.

The last rites were performed with full state honours as directed by Chief Minister Naveen Patnaik.

Political leaders cutting across party lines and well wishers gathered at the crematorium and bid tearful adieu to the departed soul.

Rao passed away while undergoing treatment at the SCB Medical College and Hospital here, yesterday. He was 63. Rao is survived by his wife and two daughters. The social worker died following a brain stroke, informed family sources.

He was admitted to SCB Medical College and Hospital after testing positive for COVID-19 on December 25, last year. He was also being treated for kidney-related ailments. Rao was shifted to the ICU of the hospital after his condition deteriorated. He breathed his last at 4:15 PM while undergoing treatment at the hospital.

Rao was conferred with the prestigious Padma Shri award in 2019 for providing education to children free of cost. He ran a school named ‘Asha O Ashwasana’ in Buxi Bazar area here to provide free education to slums kids from Class I to V.