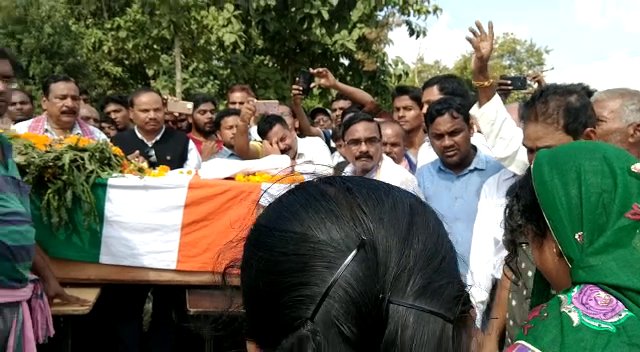 Bhubaneswar: The last rites of Doordarshan video journalist from Odisha Achutyananda Sahu, who was killed in a Maoist attack at Dantewada of Chhattisgarh yesterday, was held at his native village at Ghusuramunda under Loisingha Police station in Balangir district today.

Hundreds of people of the village and nearby areas gathered at the spot to pay their last respect to Sahu, who was an ex-army personnel.

Earlier in the day, his mortal remains was taken to the funeral ground in a grand procession, following which a guard of honour was given to Sahu by the Odisha police.

District Collector Arindam Dakua, SP K Subramani and a few officials from Doordarshan attended the funeral ceremony, among others.