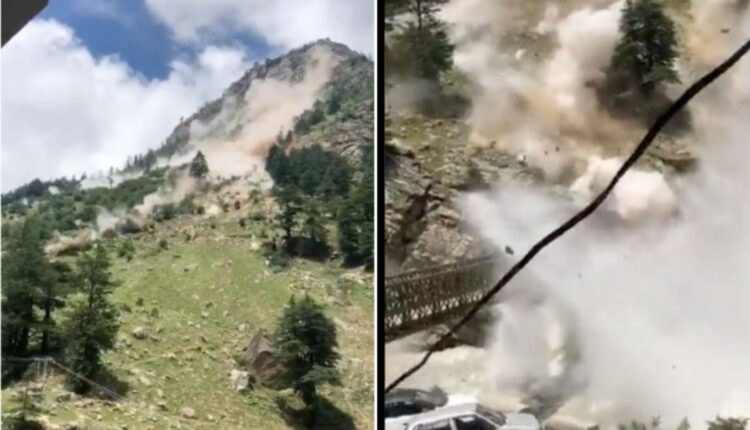 Shimla: The mortal remains of eight of the nine tourists who were killed in a landslide in Himachal Pradesh’s Kinnaur district were handed over to their families in Delhi on Tuesday, government officials said.

However, the body of the ninth victim, Amogh Bapat, a lieutenant with the Indian Navy, was handed over to Indian Army at Karcham, located close to the accident site, from where it was airlifted to his native place in Chhattisgarh, an official told IANS.

The tourists were going from Chitkul to Sangla when a massive landslide occurred on the Sangla-Bateseri road near Bateseri village on Sunday, killing them.

One of the victims, Deepa Sharma, 34, an ayurveda doctor, posted her merrymaking photos amidst nature just before the boulders hit the vehicle in which she was travelling.

On a vacation to the hill state, Deepa posted her picture on Twitter and also wrote: “Standing at the last point of India where civilians are allowed. Beyond this point around 80 kms ahead we have border with Tibet whom China has occupied illegally.”

Her last Twitter post at 12.59 p.m. featured a picture of her posing at Nagasti checkpost of the Indo-Tibetan Border Police (ITBP).

Twenty-five minutes after the last tweet, the news came that massive boulders fell on a Tempo Traveller carrying the tourists.

One of her tweets, “Life is nothing without mother nature”, became widely popular posthumously.

Her Twitter account has many photographs about her trip to the hill state, including a stunning early morning sky.

Watch: Many feared buried in yet another landslide in…