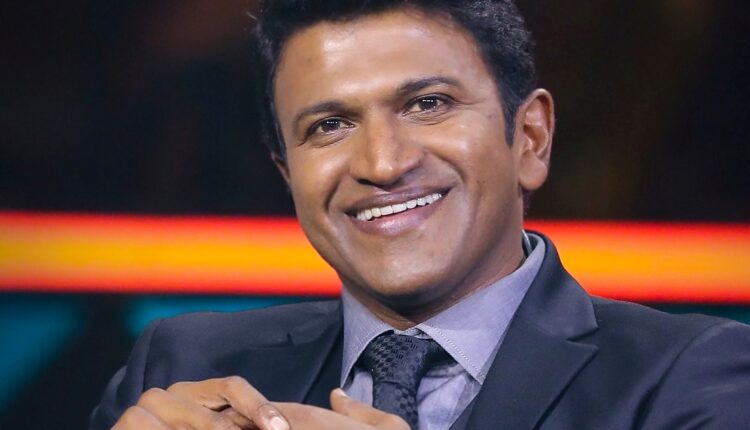 Bengaluru: Kannada film actor Puneeth Rajkumar’s mortal remains will be put to rest beside the grave of his father, the legendary actor of Kannada cinema Dr Rajkumar in Bengaluru. The order was issued in this regard by senior IAS officer N. Manjunath Prasad, Principal Secretary to the Chief Minister on Friday.

Puneeth Rajkumar passed away on Friday after suffering cardiac arrest. Chief Minister Basavaraj Bommai has directed to initiate necessary steps to conduct final rites of the actor in the premises of Sri Kanteerava studio near the grave of Dr Rajkumar in Bengaluru, the order stated.

Puneeth Rajkumar’s mother Parvathamma is also laid to rest in the same premises. The decision has been taken as per the wishes of his family. Civic agency of Bengaluru and the Police department have been asked to make necessary arrangements.

The mortal remains of Puneeth Rajkumar are being kept for public view at Kanteerava Stadium till Saturday evening. Thousands of people across the state are pouring in to pay their last respects to their favourite star.

Including Chief Minister Basavaraj Bommai, all bigwigs paid their last respects to Puneeth Rajkumar. Rashtriya Swayamsevak Sangh (RSS) National Executive Board meeting, being held in Dharwad, also offered condolences to the untimely death of the young actor. “RSS prays that let god give power to his family and fans to bear the pain,” said RSS Regional Coordinator V. Nagaraj.

[Watch] How Puneeth Rajkumar used to celebrate birthday with fans