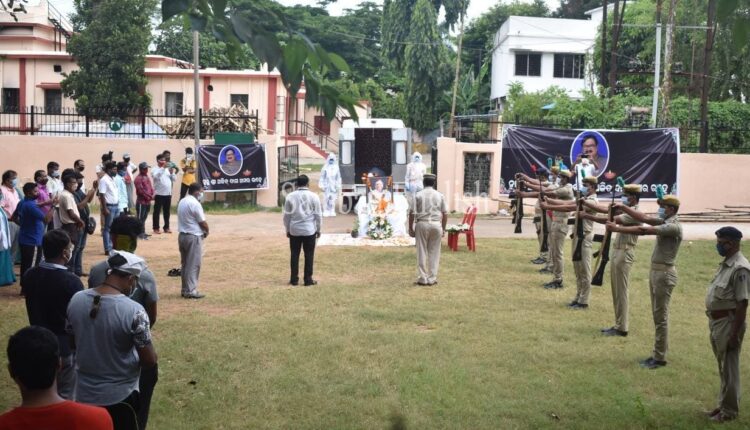 Bhubaneswar: The mortal remains of veteran Ollywood actor Ajit Das, who had passed away under treatment at a private hospital yesterday, were consigned to flames at Satyanagar Crematorium with guard of honour here today.

His eldest daughter Ruchismita Das lit the pyre at the crematorium.

Das was diagnosed with the COVID-19. He breathed his last at around 3.00 pm on Sunday while undergoing treatment at the SUM COVID Hospital in Bhubaneswar. He was 71 and is survived by wife Maya Das and three daughters.

Born in a small town of Mayurbhanj district in 1949, Das had debuted in Ollywood with ‘Sindura Bindu’ in the year 1976 after completion of a diploma course in acting from the NSD. The legendary actor will be remembered for his outstanding performance in the films including ‘Abhiman’, ‘Gouri’, ‘Balidan’, ‘Golamgiri’, ‘Phulachandan’, ‘Saharibagha’, ‘Mamatara Dori’ and ‘Tunda Baida’.

Apart from films, he had contributed to Odia theatre in a great manner. He has created many theatre artistes by setting up a theatre group ‘Abhinaya Jagruti Institute of Theatre’ (AJIT) in the State.