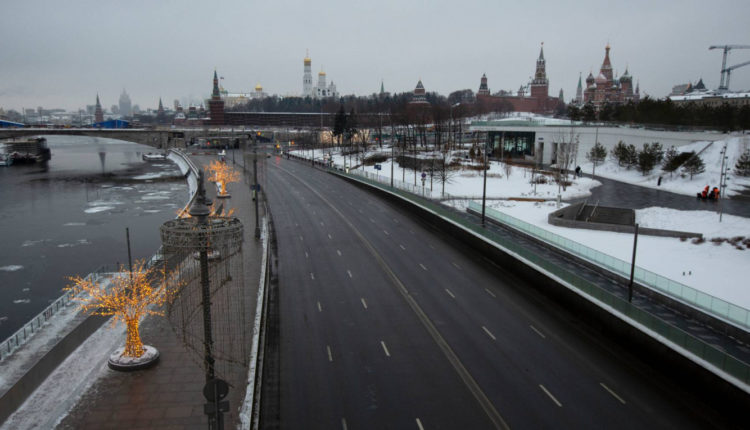 Moscow: The Russian capital of Moscow, Europe’s most populous city, is shutting down in an effort to contain the spread of the novel coronavirus.

After Friday, residents of the capital city can look forward to a week of enforced vacation spent inside their homes, as even walks in the park were prohibited, reports Efe news.

“Stay Home! Protect your health and that of your loved ones!,” is the message displayed on signs and giant screens across Moscow and recited over the public address system on the metro.

While President Vladimir Putin has not placed any part of Russia under quarantine, all entertainment and leisure venues in the capital have been ordered to close.

Moscow accounts for more than half of Russia’s 1,036 confirmed coronavirus cases and also for all the four deaths.

Putin proclaimed a nationwide paid holiday from March 28 to April 5, but the call for people to stay home is so far only limited to Moscow, though Russians in other parts of the nation have been urged to stay away from the capital.

Municipal authorities here began by closing schools, barring large gatherings and imposing a mandatory quarantine on people over 65 years of age and those with chronic health problems.

And after the president proclaimed a week of paid leave for all Russians, the mayor escalated the social distancing campaign by shuttering the city’s bars, restaurants, nightclubs, saunas and all non-essential businesses.

The closures have extended to institutions that remained open even during the dark days of World War II, such as the Bolshoi Ballet.

Establishments selling food were allowed to remain in operation.

While Russia’s senior Muslim clergy cancelled the traditional Friday prayers at mosques, the Russian Orthodox hierarchy that churches must keep their doors open.

A day before the official start of the shutdown, the Moscow Metro – typically used by 10 million people a day – was virtually empty Friday, and the same could be said of the city’s trams and buses.

Gorky Park, the capital’s most popular green space, closed a day ago and the Soviet-era VDNKh exhibition ground has the appearance of a ghost town, with just a handful of visitors instead of the tens of thousands who would normally throng the site on a Friday to stroll among the pavilions and skate on Moscow’s largest ice rink.

The Kremlin disclosed Friday that a member of the presidential administration tested positive for the virus, but spokesman Dmitry Peskov said that the infected person had not had contact with Putin.