Moving truck gutted in fire in Odisha’s Keonjhar; no casualty 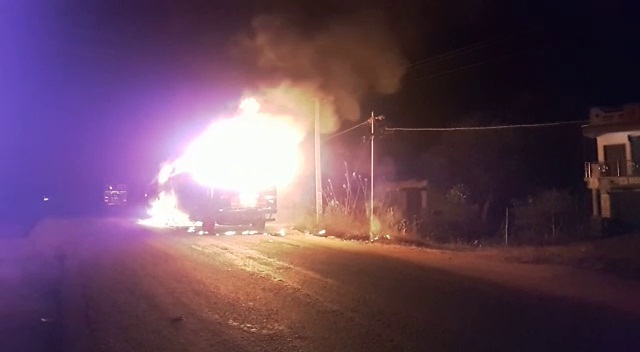 Keonjhar: A moving truck was gutted completely here in the district in the wee hours today. However, no casualty was reported in the incident.

The exact reason behind mishap is yet to be ascertained.

The incident took place at around 3.00 am near Khireitangiri under Turumunga police limits on NH 49 in Keonjhar district.

According to reports, a good truck en route Mumbai from Kolkata caught fire due to unknown reason. After the driver and helper noticed smoke coming out of the truck, they managed to save their lives by jumping off the vehicle.

The truck was completely gutted when the fire services personnel reached the spot to douse the flame.

The vehicular movements were halted on the road for around two hours due to fire.

Youth hacked to death by two friends in Odisha’s Ganjam