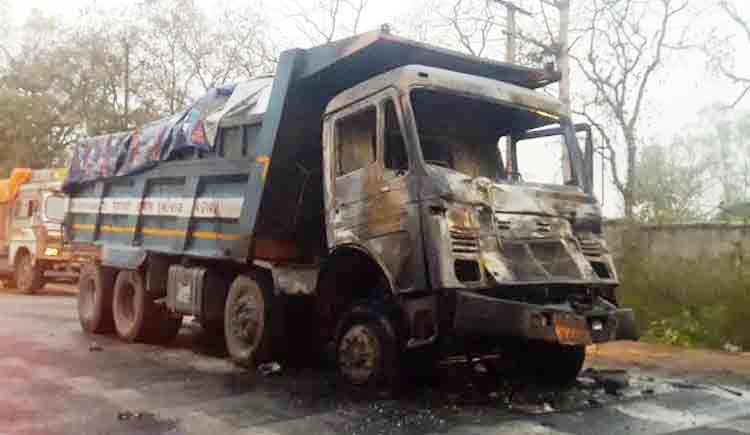 Angul: A waste-laden truck en-route to Angul caught fire on national highway-55 near Panchamahal under Angul police limits in the wee hours today.

However, no casualty or injuries was reported in the incident as the driver and the helper managed to vacate the vehicle before it was completely gutted.

Sources said a fire broke out in the the truck that was going to Angul from Sambalpur carrying hazardous waste materials at around 5 AM today. The fire quickly spread and later engulfed the entire vehicle. However, the cause behind the fire is yet to be ascertained.

On receiving information, a firefighting team reached the spot and doused the flames. Meanwhile, vehicular traffic on the stretch was disrupted for a while due to the mishap.