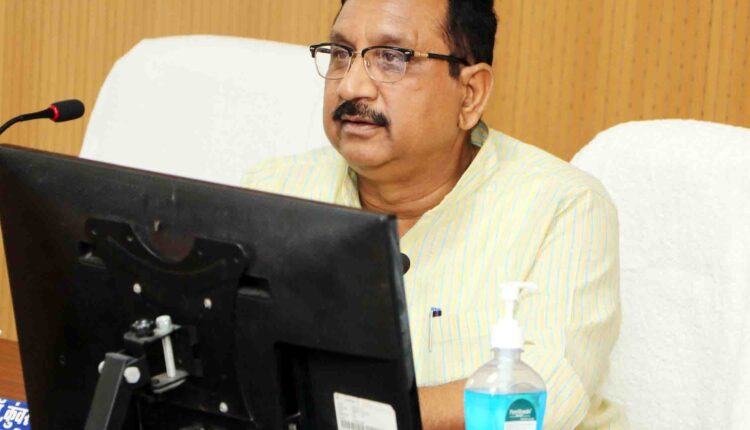 Bhopal: Nearly three months after eight cheetahs were successfully transported from Namibia and released by Prime Minister Narendra Modi on his birthday (September 17) at Kuno National Park (KNP) in Madhya Pradesh’s Sheopur district, a controversy has arisen over a tour by state forest minister Kunwar Vijay Shah and two senior officials to Tanzania and South Africa in August.

The project — translocation of cheetahs, which was processed and completed under the supervision of the Centre, but, state forest minister Kunwar Vijay Shah and two senior officials’ Tanzania (East Africa) and South Africa tour in August (around one month before eight the cheetahs were transported from Namibia) still remains a puzzle here in Madhya Pradesh. Vijay Shah was accompanied by senior forest department officials, including chief of forest forst — R.K. Gupta, Principal Chief Conservator of Forest, and Shubhranjan Sen, Additional Principal Chief Conservator of Forests of Madhya Pradesh.

A Right to Information (RTI) reply available with IANS, revealed that the 10-day long study tour has cost Rs 35 lakh to the state government, which was more than double from an estimated amount for the same tour. Documents revealed that the proposal for study tour was made in April and had estimated that it would cost around Rs 15 lakh. Out of total expenses (around Rs 35 lakh) on so-called study tour, Rs 31,71,500 were spent on air tickets, accommodation and local visiting.

But, more importantly, it was a study tour to learn how wild animals are reared in the wild and what are the different modalities adopted in the African countries. This study tour was also seen in connection with relocation of the cheetahs from Africa to Kuno. Madhya Pradesh based wildlife activist Ajay Dube claimed he sought the details of the ‘study report’.

“If it was a study tour, then why that study report was not made public domain, this the first question arises. Second, the amount for this study tour was estimated at Rs 15 lakh in April, and four months later, the amount for the same tour became Rs 35 lakh, how?” Dube said.

Dube further said, “Besides all these, this tour is also questionable because translocation of cheetahs was the Centre sponsored project with Indian Oil funds under CSR (corporate social responsibility). And, more importantly, the Supreme Court (SC) is monitoring this project. They (MP government) claimed it was a tourism project tour, then questions arise, why even after over 90 days of the visit, no development took place on translocation of African cheetahs. It was against the SC’s guidelines for the cheetah translocation project and I am going to file a petition in the issue,” Ajay Dube added.

He further claimed that the Madhya Pradesh government has no role in this cheetahs translocation project, except that cheetahs were released at Kuno National Park, then why MP’s forest minister and officials were on study tour in Africa? “If they really did some study, then that study report should be in the public domain,” Dube asked.

Contrary to that, Principal Chief Conservator of Forest, R.K. Gupta, who was one of the officials on the study tour with MP forest minister Shah, while talking to IANS claimed that the study report has already been submitted to Madhya Pradesh WildLife Society. “It was a study tour and the study report was submitted within one or two weeks after coming from Africa. It is a mandatory procedure to follow and it was done,” Gupta added.

IANS also tried to seek a reply from MP Forest Minister Kunwar Vijay Shah on this matter, however, calls were not answered.

Meanwhile, according to the wildlife officials appointed to look after the day-to-day activities, including health and security at KNP, three big cats have so far been released into the bigger enclosure from the mandated quarantine zone.

The release of three out of eight wild big cats from the quarantine zone to acclimatisation enclosure came after the Ministry of Environment, Forest and Climate Change received a no-objection certificate from the Ministry of Animal Husbandry for quarantine clearance. Three cheetahs now roaming in a larger enclosure are named as – Freddie, Elton and Oban, while five of them are still in quarantine zone and will be released as per their further assessment of their activities.