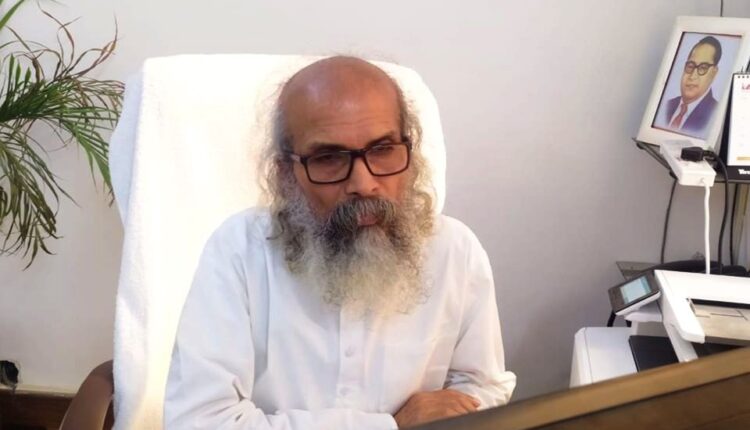 Balasore: Balasore MP Pratap Sarangi, who was admitted to the Intensive Care Unit (ICU) of Fakir Mohan Medical College and Hospital here due to pneumonia, has been discharged from the hospital and referred to All India Institute of Medical Sciences (AIIMS) Bhubaneswar for further health check-up.

The parliamentarian’s condition has improved, for which he was discharged from the hospital. A special medical team was taking him to AIIMS Bhubaneswar for check-up, hospital sources said.

Sarangi had been suffering from high fever for last one week. He was admitted to the hospital after he complained of chest pain and breathing complications.

“The Balsore MP was found suffering from pneumonia during check-up. He was admitted to the ICU as per the doctor’s advice,” said Sarangi’s personal assistant Chandrabindu Das.

Sarangi’s supporters and several others reached the hospital after they came to know about his hospitalization.