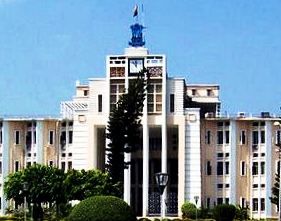 The title of a popular Bollywood film ‘Chor Machaye Shor’ aptly describes the situation in Odisha today where the real culprit is pronounced Mr Clean while the beneficiaries (or victims?) of the system foisted and patronised by him are painted black.

Yes, one is referring to the Discretionary Quota (DQ) issue which is rocking the media for the past few days. A section of the mainstream media is carrying out a campaign of sorts, not against the perpetrator of the so-called crime but against a few individuals, including journalists, The campaign has been motivated by both political and personal agenda, which will be revealed in due course.

One is not sure whether it’s a case of deliberate oversight, myopia or amnesia, but it is clear that the motivated section of the media has refused to delve deeper into the issue.

The key word here is ‘ discretion’ and not ‘quota’. Discretion is always subjective, arbitrary, difficult to define and therefore contentious.  But the truth is: discretion has been the guiding principle of the General Administration (GA) department of the state government, which happens to be the biggest landlord in the state capital region, from the very start.

Most of the sprawling residential spaces across the city that belong to the high and mighty have been built on huge GA plots granted solely on the basis of discretion and discretion alone. Starting from Naveen Niwas to the plots in Surya Nagar, Raj Bhawan area,Forest Park, Shahid Nagar, Satya Nagar, Kalpana Area, IRC Village, VIP Area- you name it- almost all the houses are built on GA plots granted purely on a discretionary basis by the state government.

Who are these beneficiaries who got huge plots of land of their choice from the GA department? Will the ‘transparent’ Naveen Patnaik government publish the entire list of beneficiaries, along with the size and location and the price at which these were bought, on its official website? The public has a right to know who all have cornered the prized plots at prime locations in the state capital purely on the basis of their clout and government’s ‘discretion’.

These lands, measuring 5,000 to 20,000 square feet, were virtually gifted away at throwaway prices to the favoured few. Should not the public at large know the beneficiaries of such indiscreet loot of precious GA land in the heart of the capital city?

The discretionary quota or DQ was introduced in 1985 when the GA chose to sell some of its land to non-VIP and middle class buyers through urban development agencies like the BDA and CDA. The purely discretionary nature of land allotment was replaced by a more acceptable (if not foolproof) form – allotment through lotteries. However, even after bringing in a more equitable system of land allotment, the GA department continued to allot land to the VIPs and other chosen ones at highly discounted rates.

Initially, the DQ was a negligible 1% of the total number of houses or plots to be allotted through lottery. This meant the element of discretion had been brought down from 100% to 1%. But then between 1990 and 1995, under the regime of Biju Patnaik, the illustrious father of the present chief minister, the DQ jumped to 10%!

The DQ system continued as a legal and government-approved policy until end of 2012, but the categories of eligible beneficiaries were never defined. Not even after the Orissa High Court issued definite instructions in this regard to the state government in 2002. Why? The chief minister of the state and the Urban Development department surely owe the people and the courts a clear answer.

Let us take an example of how the VIPs of the state have satisfied their greed for land and used their position to regularise and justify illegal acts.

A large part of Naveen Niwas, which is now the official residence of Odisha chief minister Naveen Patnaik, was acquired from the GA department by the late Mrs Gyan Patnaik, Biju Patnaik’s wife. However, in subsequent years, the boundary of this GA plot was expanded to include a patch of Endowment land belonging to Lord Lingaraj temple. The matter was raised in the Assembly in 1992 when Biju Patnaik was the chief minister. The Opposition had then accused him of land grab and illegal encroachment. And how was the matter resolved? The state government legalised the land grab by allowing the GA beneficiary (in this case the family of the then chief minister Biju Patnaik) to buy the encroached land at three times the market rate! So, if you have the clout and the money, even an act of land grab can be perfectly legal.

The government order which regularised this illegal act by the then chief minister needs to be reviewed by a Task Force or through a special audit. For Caesar’s wife must be above suspicion. Will the ‘transparent’ Naveen Patnaik government please bring this matter under strict legal scrutiny and order the cancellation of this brazen aggrandisement?

A section of the media has been hyperactive over the issue of senior journalists getting DQ plots and MIG core houses and publishing their names and photographs and portraying them as ‘criminals’ who have looted 2400 sq ft of valuable land by using their clout. Some of them have been at it since 2012. They carried out a slander campaign against a few journalists. Some even went to the extent of accusing these journalists of cornering government plots meant for distressed people. It is another matter that they had to eat their words later.

But one has to answer a valid question: why should a journalist take a house or plot under the discretionary quota? Is it not taking an undue favour which is unbecoming of an honest journalist?

First of all, everybody needs a proper shelter. In fact it is a fundamental need and a right. Be it a journalist, politician, bureaucrat, government employee, businessman, lawyer or a judge, all need a home of their own. The crucial word here is ‘need’ as distinguished from ‘greed’. Getting a 40×60 ft encumbrance free plot or house from the government or its agency to build one’s home cannot be termed as greed and getting it as per the established government policy without claiming or receiving any discount cannot be seen as an illegal act (such as land grab or encroachment). It also does not involve any loss of revenue to the state exchequer.

But why should one get a plot under the DQ, which is considered an undue, out of turn benefit?

The DQ system has been in vogue in housing schemes of BDA and CDA for nearly 30 years. 99 to 90% of houses, flats and plots sold by these agencies have been allotted to individuals through lotteries. What is interesting is that some ‘lucky’ people have won multiple plots and houses in various lotteries over the years because there is no scrutiny of affidavits or checks on whether the lucky winners own other houses and plots in the concerned municipal area.

So it is pure luck and not the genuine need or eligibility of the applicant that comes into play here. If you win a house or plot in the lottery, you are a holy saint (it does not matter if you have given a false affidavit saying you do not own any other house or plot). But you are branded a criminal if you get it under the DQ system approved by the state government.

The most crucial question that begs an answer is: why should journalists be considered eligible for the DQ? Is it not corruption?

A journalist is also an individual who has a family and needs a home. It is his need and not greed. There is also nothing clandestine or illegal about getting a small piece of government land under the established and publicly notified system (like the DQ) without any discount whatsoever. If a retired or retiring government employee is eligible for the DQ, why should journalists, who do not have any post-retirement benefits, not be considered for this primary need?

If you are still not convinced, please answer this: if journalists are ineligible for the DQ, how come the state government has given them fairly large government quarters in the heart of the capital city purely on the basis of discretion for years and decades? And this too for a ridiculous monthly rent of Rs 500- Rs 1000? Is it not a case of taking a favour from the government? Does this also not show that journalists have traditionally been considered a favoured category by the state government?

It is up to the Orissa High Court to decide whether the houses journalists or other ‘influential’ but needy individuals got under the DQ is legal or illegal. But since all those in the public space, including politicians and journalists, cannot claim immunity from public scrutiny, they need to come clean. The best way they can do this – to start with- is to take a stand on the issues and questions that yours truly has raised here.