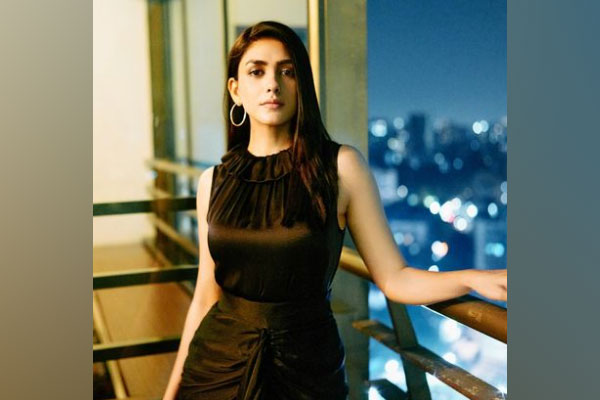 Mumbai: Actress Mrunal Thakur feels that to become a “massy” actor, it is important to do different roles.

Mrunal made her debut with ‘Love Sonia’. She was later seen in films such as ‘Jersey’ opposite Shahid Kapoor. Her upcoming line-up includes a family comedy film called ‘Aankh Micholi’ directed by Umesh Shukla, followed by a war period drama, ‘Pippa’.

The actor will also be making her Telugu debut opposite the south heartthrob, Dulquer Salmaan in ‘Sita Ramam’ this year.

Mrunal says, “I want to work in all the genres possible and do not want to limit myself to one particular style. And this has been very clear in my head since day one, it does not matter to me if this is just the beginning of my career, I just want to stick to doing films and projects that excite and challenge me as an actor.

She added: “I feel that it’s important to do different roles to become a massy actor and it is only possible if one does not set limitations in terms of work. With my work, I am always trying to strike a balance when it comes to entertaining the audiences and satisfying my own creative urges as an actor.”