Mu Safaiwala: School students to be messengers of cleanliness 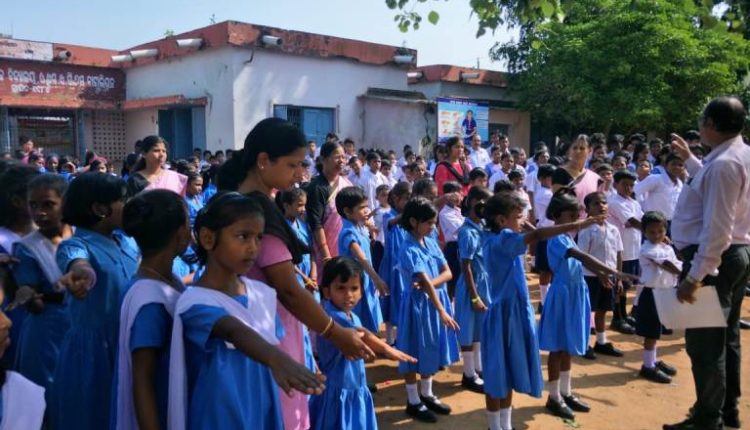 Bhubaneswar: More than 100,000 school students in the State Capital will be taking pledge to be messengers of cleanliness and make their parents, kin and surrounding aware about the basic `mantra’ of cleanliness through the `Mu Safaiwala’ Programme launched by the Bhubaneswar Municipal Corporation (BMC).

The programme will cover 194 schools in the city including 134 private schools.

Questionnaires for assessment of cleanliness have been distributed in more than 50 schools so far and others will be covered soon.
Interestingly, there will be 100 marks per questionnaire. If a student scores more than 80 marks then he/she will be considered as `Mu Safaiwala’ and if he/she scores less will be known as `Mu Aliawala’ (one who creates filth).

“Through the questionnaire a student will get awareness, make his/her parents and relatives aware and the output will be calculated accordingly. If suppose in a school more than 60 percent marks from the questionnaire will be below 80 percent, we have to rethink about the awareness drive under ‘Mu Safaiwala’ in that particular school and will go for another round of awareness drive so that the students will understand the important things on cleanliness and Swachh Bharat initiative,’’ said an official of BMC.

It can be mentioned here that the ‘Mu Safaiwala’ programme was dedicated to citizens of Bhubaneswar on October 2 on the auspicious day of 150th birthday of the Father of the Nation.

The pledges under the `Mu Safaiwala’ Campaign is to make people aware on stopping the use of polythene, use of own bags for day-to-day life and stop using single use plastic to make our environment cleaner, healthier and making our planet a better place to live in.