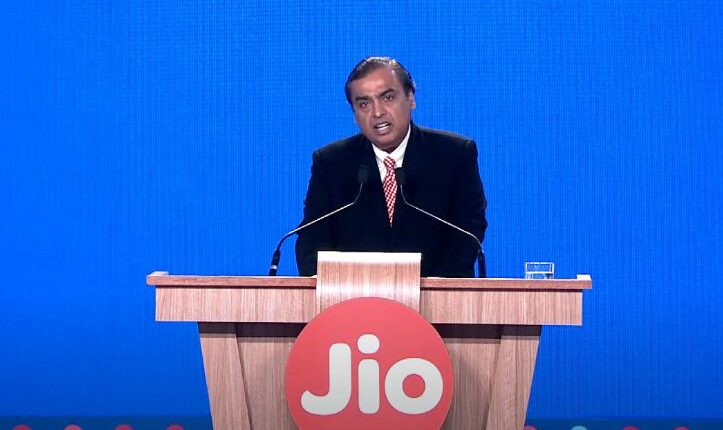 New Delhi: India must complete the migration from 2G to 4G to 5G at the earliest and the roll out of 5G should be India’s national priority, Mukesh Ambani, Chairman and Managing Director, Reliance Industries Limited (RIL), said here on Wednesday.

Delivering the virtual keynote address at the Indian Mobile Congress (IMC), Ambani said that to keep millions of Indians at the bottom of the socio-economic pyramid confined to 2G is to deprive them of the benefits of the digital revolution.

The roll out of 5G should be India’s national priority. Jio has developed a 100 per cent home-grown and comprehensive 5G solution which is fully cloud native and digitally managed. Because of its converged, future-proof architecture, Jio’s network could be quickly and seamlessly upgraded from 4G to 5G,” he emphasised.

The 5G technology will represent around 39 per cent of mobile subscriptions in India at the end of 2027, estimated at about 500 million subscriptions, a new Ericsson report said last month.

According to latest data by the Telecom Regulatory Authority of India (TRAI), Reliance Jio has more than 44.38 crore subscribers.

Ambani said that affordability has been a critical driver of the phenomenally rapid expansion of mobile subscriber base in India.

During the Covid times, Jio was able to introduce Fibre-to-Home to five million homes.

“If all the players in the industry work together, we can rapidly achieve a nationwide footprint of fibre, just as we reached mobile telephony to every corner of the country in the last decade,” said Ambani.