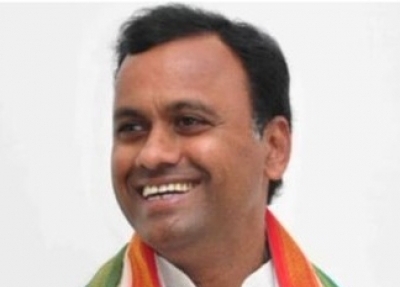 With the Telangana Rashtra Samithi’s (TRS) Prabhakar Reddy taking a clear lead of over 7,000 votes at the end of 12th round of counting, Rajagopal Reddy said he welcomed the people’s mandate.

He, however, claimed that it was a moral victory for him and called the TRS win “unethical”.

Rajagopal Reddy, who was elected from the seat in 2018 on a Congress ticket, resigned in August and also quit the Congress to join the BJP.

He alleged that the TRS misused official machinery to win the by-election and used the police force to intimidate voters.

The TRS brought entire the Cabinet and the Assembly to the constituency and lured the voters with money and liquor, he alleged.

In 2018, Rajagopal Reddy had won Munugode seat on Congress ticket, defeating his nearest rival Prabhakar Reddy of TRS by 23,552 votes.

Rajagopal Reddy had joined BJP in the presence of union home minister Amit Shah at a public meeting at Munugode in August.

Padmapur bypoll: ECI grants paid holiday to all employees on…