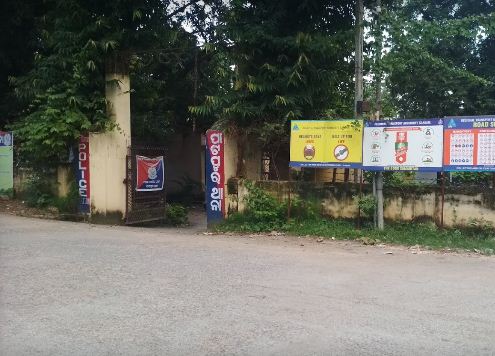 Berhampur: A youth allegedly attempted to end his life inside Pattapur Police Station in Ganjam district following his arrest in a murder case.

The accused has been identified as Pramod Dalai of Kabisuryanagar area in Ganjam district.

According to reports, police had arrested Pramod last night in connection with a murder case.

Source said that one person namely Bibhu Prasad Das of Hinjili area was killed in forest at Taptapani locality on May 23 over illegal cannabis trade. Two accused persons had been arrested in this connection and forwarded to a local court earlier. The police arrested Pramod, who was the third accused in the case, yesterday night.

Following arrest, accused Pramod allegedly consumed phenyl inside toilet of the Pattapur Police Station today morning. Immediately, the police rushed him to the nearby Community Health Centre (CHC) at Adapada for treatment. After his condition deteriorated, he was shifted to the MKCG Medical College & Hospital in Berhampur.

Hospital staff among two tests positive for COVID-19 in Bhubaneswar