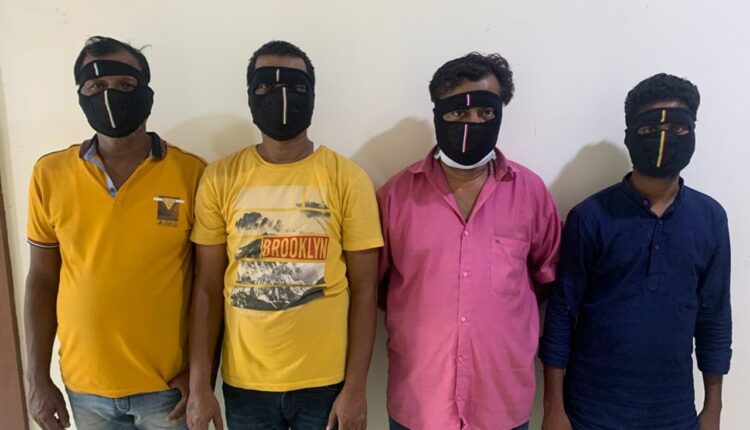 Acting on a tip-off about suspicious movement of Gyana Ranjan Sahoo with firearms near Jhanjirmangala Gada, a team of police of Badambadi Police Station rushed to the spot and nabbed him. The police personnel seized one 7.65 mm country made pistol loaded with 2 rounds of live ammunitions from his possession during search.

During interrogation, the accused disclosed that he purchased the weapon from Prakash Rout, the music director and actor of Shankarpur area under Badambadi police limits.

The 35-year-old Prakash Rout was trading the illegal firearms and procuring the same from his brother-in-law and professional Arm dealer Tukuna Swain of Talcher area, police revealed today.

During investigation, it came to fore that the four persons were active in supply and sale of firearms and ammunition to anti-socials/criminals in Cuttack and other districts by the direction of Tukuna Swain of Angul district.

“Their objective was to augment the devastating effect of criminality in every nook and corner of the society through criminal network to extort money from businessmen and contractors during festive season,” police said in a release today.

Further investigation is underway to uncover their involvement in some other cases lodged at various police stations in Cuttack.