Music composer ‘Anandghan’: A little-known side of Lata Mangeshkar 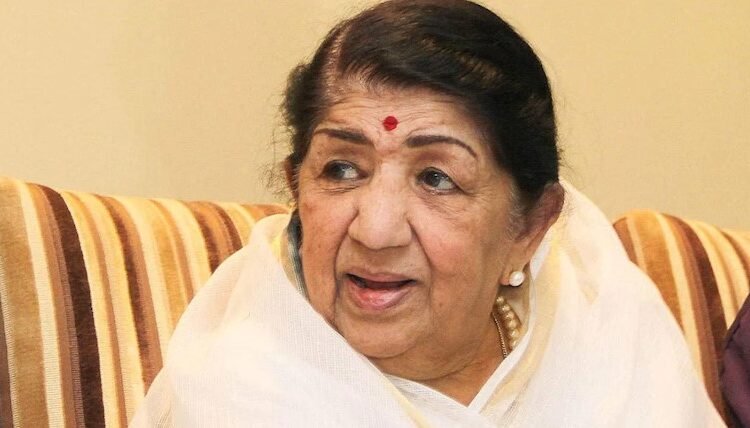 New Delhi: Celebrated music composer Vanraj Bhatia always said, “Lata is a composers dream”, which no one will dispute. How many of the film music connoisseurs, however, know that Lata Mangeshkar was also a dream composer?

Beyond Maharashtra and some parts of Karnataka, the world has hardly taken note of Lata Mangeshkar, the music composer on a par with any of the musical greats. She even had taken a pseudonym, Anandghan, literally, “a cloud of ananda (joy)”.

Lataji composed music for only Marathi films. The first was ‘Ram Ram Pahuna’ in 1950. For the next four whose music she scored, she masked her identity behind the pseudonym Anandghan. The films were ‘Mohityanchi Manjula’ (1963), ‘Maratha Tituka Melvava’ (1964), ‘Saadhi Manasa’ (1965) and ‘Tambdii Mati’ (1969).

The reason why she adopted an alias has been well-documented over the years by the Marathi-language media. The veteran director Bhalji Pendharkar doted on Lata as his daughter. When he was working on ‘Mohityanchi Manjula’, he realised none of the noted music directors were available at that point of time.

When he shared his concern with Lata, she quickly said, “I will do it.” Pendharkar warned her that the kind of music needed was very different because of the rustic background of the story. “No issues, I will do it,” a confident-sounding Lata reiterated.

He was worried and sounded her out about the possible damage to her image if she failed. Then came the idea of adopting a name for composing. Pendharkar suggested some names, but Lata zeroed in on Anandghan.

Not just ‘Mohityanchi Manjula’, the other films whose music Lataji scored also had excellent compositions that are etched in the collective memory of Marathi music connoisseurs and a listing of Marathi film music is incomplete without these. She even had the renowned flautist, Pandit Hariprasad Chaurasiya, play for one of her songs.

Lataji wanted to keep her identity secret, but the film went on to receive the state government award for best music, among others. The announcer declared that Anandghan was none other than Lata and then she reluctantly agreed to go public.

But then, why did she not continue?

“Lata Didi was not a music composer in the conventional sense of the word,” Kushal Inamdar, a noted contemporary music director, pointed out.

“She may not have been inclined even when her songs as a composer would have been the best. She may have also felt that Lata as a music composer would possibly threaten other composers, which in turn, could have affected her work as a singer,” Inamdar added.

“She is a one true genius. But one needs to produce something new and that too continually. Being a music composer needs a different kind of emotional investment into that craft and frankly, with that talent pool of so many versatile composers around, she did not even need to do it,” Inamdar explained.

Ideally, Lata Didi as a singer and Lata Didi as a music composer should not be compared as the skill needed for the two roles are different. As Inamdar put it, “She achieved her perfection in singing. She is a genius.”

From Madhubala to SRK and Aamir, Lata Mangeshkar’s take on Bollywood celebs

End of an Era: Lata Mangeshkar to be accorded a State funeral