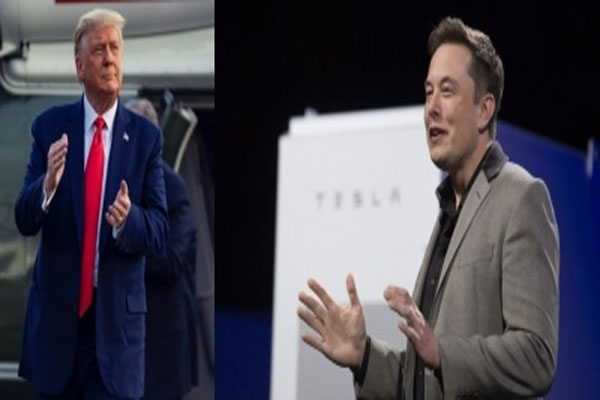 Washington: For a change, Twitter CEO Elon Musk on Monday sided with the White House in condemning former US president Donald Trump for his call to terminate parts of the US Constitution after the release of “Twitter Files”.

Trump made the statement on his Trust Social app in response to the “Twitter Files” that showed the Joe Biden team was in touch with the company in suppressing Hunter Biden’s laptop story in 2020.

Trump said “a Massive Fraud of this type and magnitude allows for the termination of all rules, regulations, and articles, even those found in the Constitution. Our great ‘Founder’ did not want, and would not condone, False & Fraudulent Elections!”

The White House asked the people to “universally condemn” Trump for arguing that parts of the US Constitution should be terminated.

Musk posted: “The Constitution is greater than any President. End of story.”

Trump also posted last week that “with the revelation of MASSIVE & WIDESPREAD FRAUD & DECEPTION in working closely with Big Tech Companies, the DNC, & the Democrat Party, do you throw the Presidential Election Results of 2020 OUT and declare the RIGHTFUL WINNER, or do you have a NEW ELECTION?”

The White House said in a statement that the American Constitution is a sacrosanct document “that for over 200 years has guaranteed that freedom and the rule of law prevail in our great country”.

“The Constitution brings the American people together — regardless of party — and elected leaders swear to uphold it,” White House deputy press secretary Andrew Bates said in a statement.

“It’s the ultimate monument to all of the Americans who have given their lives to defeat self-serving despots that abused their power and trampled on fundamental rights. Attacking the Constitution and all it stands for is anathema to the soul of our nation, and should be universally condemned. You cannot only love America when you win,” Bates added.

Musk last month reinstated Trump on Twitter, after he was banned on the platform in the wake of the Capitol Hill attack in 2021.

Twitter CEO last week released internal ‘Twitter Files’, via posting a link to the account of independent journalist and author Matt Taibbi, that revealed how the micro-blogging platform took orders from the Biden’s team to suppress the censorship of his son Hunter Biden’s laptop story, published by the New York Post during the 2020 US presidential elections.