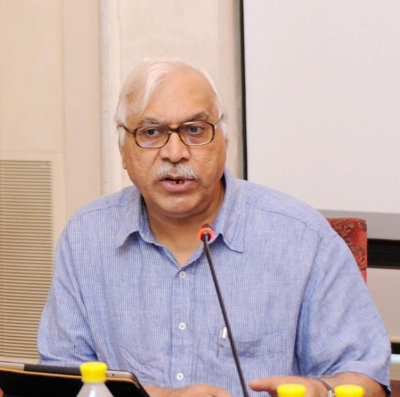 New Delhi: A delegation of former officials and intellectuals belonging to the Muslim community has met RSS chief Mohan Bhagwat to discuss the growing communal tension in the country.

The five-member delegation has met Bhagwat recently and the meeting lasted for more than one and a half hour. During the meeting the atmosphere in the country and measures to strengthen communal harmony was discussed in detail.

Former Chief Election Commissioner S. Y. Quraishi, who was among the Muslim intellectuals who met Bhagwat, told IANS that he had sought an appointment with the Sangh chief regarding the communal atmosphere in the country. Following which the RSS chief met the delegation in Delhi.

Speaking to IANS, Quraishi further said that both the sides (the delegation and the RSS chief) were unanimous that without strengthening the harmony between the communities, the country can neither be strong nor it can make progress. He said that in the meeting it was also agreed that all the parties should work to convince and motivate their people to strengthen the communal harmony in the country.

Rainfall likely to decrease in Odisha in 24 hours