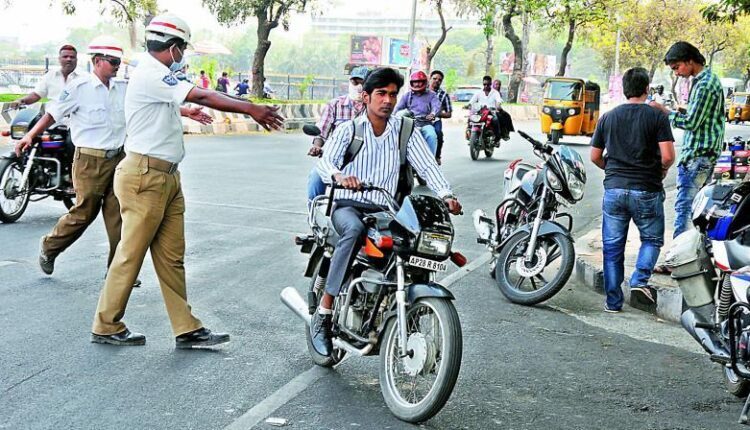 Bhubaneswar: Taking stringent action against unruly motorcyclists, the Bhubaneswar Regional Transport Officer (RTO) has cancelled driving license (DL) of as many as 97 persons during the last 10 days.

As per official information, while RTO- I has cancelled DL of 13 persons, RTO-II has cancelled 84 DLs. Besides, over 50 cases are pending in both the RTOs and more than half of them will be cancelled.

The process of frisking traffic rule violators and cancellation of their licenses has revealed that persons detained for driving two-wheelers without helmet do not own the vehicle in most cases. And many a time, such violators are not being punished, neither their DLs are cancelled since they managed to flee. In such cases, the frisking team issues challans on the basis of number plates for which the owners are forced to cough up hefty penalty.

If any violator manages to escape, the vehicle he or she was driving will be seized the next time they will be caught at checking points. There is also a law to seize one’s vehicle of those not showing DL, said RTO Pradeep Mohanty.