My father Sriballav Panigrahi as I saw him! 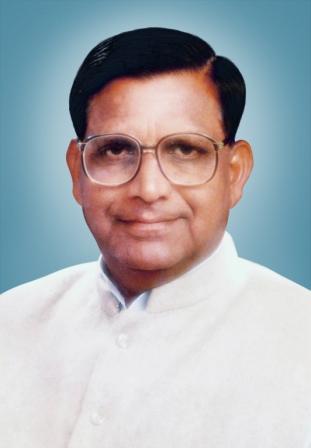 On the occasion of the second death anniversary of my father, I would like to lovingly reflect on his life and times.

Born into a poor freedom fighter’s family in Bargaon Village, Sambalpur District, Odisha in the year 1940, my father’s journey as a public servant was the journey of a self-made man and a journey during which he never compromised on his principles.

He got elected to the Odisha Legislative Assembly in 1971 from the Sambalpur Assembly constituency.  Reelected in 1973, he was made a Cabinet Minister by the then Chief Minister Nandini Satpathy, when he was just 33 years old. This made him probably India’s youngest Cabinet Minister at that time. He was then elected to the Lok Sabha for three terms (1984, 1991 and 1996). Apart from being elected as a representative of the people to the state legislature and Parliament, he took on many responsibilities in the Congress party, as a trade union leader and as an educationist.

As his son, I have observed him closely and the most important observation I have about him is his mission to enter public life – which was only to do good for the people and serve them. “Public Good” was his guiding principle all along. Any request from people for a project or task which involved betterment of the people was enthusiastically pursued by him. For more than 20 years, the two biggest projects that took shape in the western part of Odisha (Mahanadi Coalfields Limited and Sambalpur Railway Division) were because of his persistent and untiring efforts. It was also his dream to ensure air connectivity to Western Odisha. In this context, he raised this issue very often with the then Civil Aviation Minister Madhavrao Scindia. So persistent were his efforts that the Minister once joked, ‘Mr. Panigrahi, I will make sure Indian Airlines flies to Jharsuguda (the then only big aerodrome, in the western part of the state), but the only passenger in that plane would be you!’

The values of honesty and integrity were very dear to his heart. This is the reason that all along his life he remained an untainted politician, a rare breed in today’s political landscape. Never ever was any allegation of corruption or nepotism made against him. He held many so called ‘lucrative portfolios’ like Revenue, Civil Supplies etc. and also the position of the Chairman of the Parliamentary Standing Committee on Petroleum and Chemicals, and all along he remained fiercely honest.

His hardworking nature and attention to detail inspired me a lot. I stayed with him in his Delhi residence during my graduation days (1994-1997). Preparations for his parliamentary debates used to be meticulous. Most of the days, his work at home used to stretch beyond midnight. Half of his bed was always covered with papers, reports and other reference material. Each letter that he received from his constituents was attended to and replied.

He was also known for his oratory skills and often called upon by his party managers to speak on important issues and debates in the Lok Sabha. An interesting anecdote is on how he pressurised the then Railway Minister C.K. Jaffer Sharief to introduce the first direct train to Sambalpur from Delhi. In 1992-93, when he was called upon to speak on the Railway Budget (defending the Government) in the Lok Sabha, he said he would speak only if a direct train was introduced to Sambalpur from Delhi, and that led to the birth of ‘Hirakud Express’,  which ran from Sambalpur to the Hazrat Nizamuddin Station in Delhi.

Another anecdote is about his love for Sambalpuri (Kosali) language. About twenty years ago, when the Indian Parliament was discussing inclusion of Nepali language in the Eight Schedule of the Indian Constitution, he was the only MP from Western Odisha, who stood up and said when Nepali can be included in Eight schedule then why not Sambalpuri language? He talked about Sambalpuri language’s rich literature and the fact that it was spoken by more than 1.5 crore people across 10 districts of Western Odisha and parts of Chhattisgarh and Jharkhand. He forcefully argued that this population is more than the Nepali speaking population in India. This discussion in the Indian Parliament was beamed live on TV sets across the length and breadth of the  country and made sure that India woke up to the power and potential of Sambalpuri language.

Simple living is what he believed in. At heart he was always a socialist. He never cared for money or craved for other material comforts. This explained his detached view on all things material. A staunch believer in Gandhi Ji, he was draped in Khadi from head to toe since he was in Class 10th. He didn’t even have a car in Delhi during his 11 years in the Lok Sabha and most of the days he used to walk to the Parliament House. Can you imagine this happening today?

My true homage to him would be in trying to follow the ideals and principles he stood for and in attempting to rise above the ordinary and become a good human being. He was a loving father and a true and selfless leader to our people. He is and always will be fondly remembered in our hearts and minds.

The writer is the son of veteran Congressman and three-time Member of Parliament from Odisha.

Controversy over rendition on Odisha’s folk song ‘Rangabati’ at AAC

India three medals away from breaking all-time record at AAC