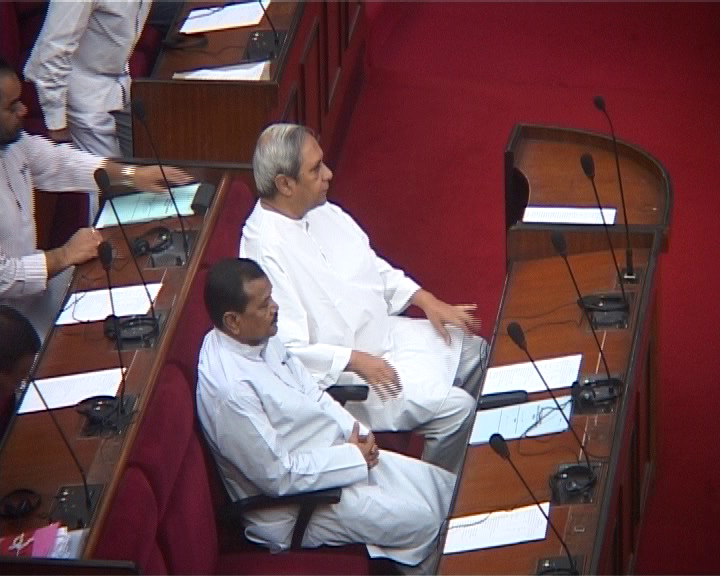 Bhubaneswar: With Opposition members seeking statement from Odisha Chief Minister Naveen Patnaik over deteriorating law and order situation in the state, Patnaik said that his government is committed to protect the life and property of the citizens.

This came after Speaker Surjya Narayan Patro passed a ruling in view of Opposition demand for statement from chief minister.

“The law and order situation in the state has largely remained peaceful. There has been a significant improvement in the Left Wing Extremism scenario in the state. Recently, the simultaneous elections were conducted peacefully due to proper security arrangements. During Cycone Fani Police has not only successfully maintained law and order in the affected areas but also assisted in relief and restoration activities. My government is fully committed to protect the life and property of all the citizens and ensure maintenance of law and order in the state,” Patnaik said.

Earlier in the day, Opposition members created pandemonium in the House over increasing crimes in the state, forcing repeated adjournments.

“In an unfortunate incident on July 14, 2019 three persons were murdered at Sadanandpur village in Puri district. In this connection an FIR has been registered at Satyabadi police station. Police has taken prompt action for investigation of the case. Six main accused persons have been apprehended so far. Vigorous efforts are being made to arrest the other absconding accused persons. Adequate force has been deployed in the area to maintain order and also to give protection to the families of the victims,” Patnaik said.

He further added that initial investigation has revealed that the victims and accused persons live in the same locality and are distantly related to each other. Prima facie, the incident appears to have taken place due to a long-standing land dispute between the families.

The police have been taking prompt actions in all reported heinous offences including arrest of accused persons. Special drives are being conducted regularly against criminals indulging in organised crimes, he said in his statement.