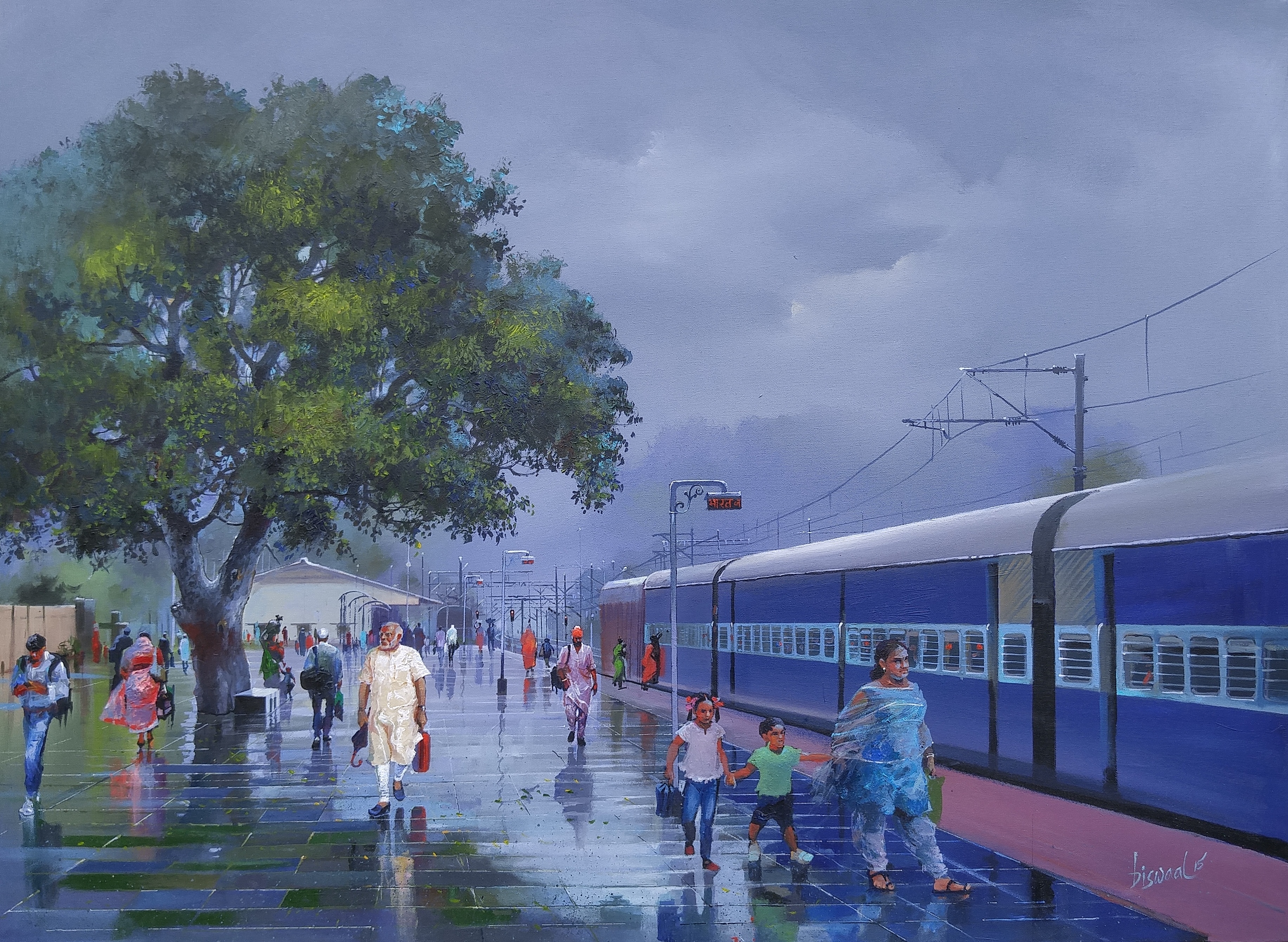 Meet renowned Odisha-born painter Bijayananda Biswaal whose strokes on canvas infuse life into his works and have left many enthused including Prime Minister Narendra Modi.

This painter was on cloud nine when he got the information that his creation has found place in Prime Minister Narendra Modi’s residence recently.

The self-taught painter hailing from a sleepy village of Pallahara in Angul district got a special mention on Prime Minister’s radio programme ‘Mann Ki Baat’ on July 26, 2015, where Modi praised the former’s passion for painting despite working full-time for Indian Railways as Train Ticket Examiner (TTE) under Nagpur division.

Moved by the gesture, the 53-year-old decided to present a painting featuring Modi as a “return gift”.

“It was dream come true for me when I got a phone call that the painting has been sent to Prime Minister’s residence. After Modi Ji mentioned my name on the radio programme, I was resolute to present a painting as a return gift,” Biswaal said.

Biswaal retired from Railways under voluntary retirement scheme (VRS) less than a fortnight ago on March 31.

As he has made his Nagpur residence as his permanent abode, he plans to dedicate his life to his first love.

“Art is where my heart is. I can’t think of a day without painting. I have been painting since my childhood without any formal degree in the discipline. I am self-taught and fiercely proud of it. I have been attending various workshops around the globe,” he expressed.

However, the painter expressed that there isn’t much support and promotion by Odisha government.

“Odisha is known for Lord Jagannath temple in Puri and Odissi dance. Among other art forms, painting should also be promoted so as to reach out to a larger audience,” he opined.

The eminent artist draws his inspiration from nature.

Here’s is a look at some of his artwork.