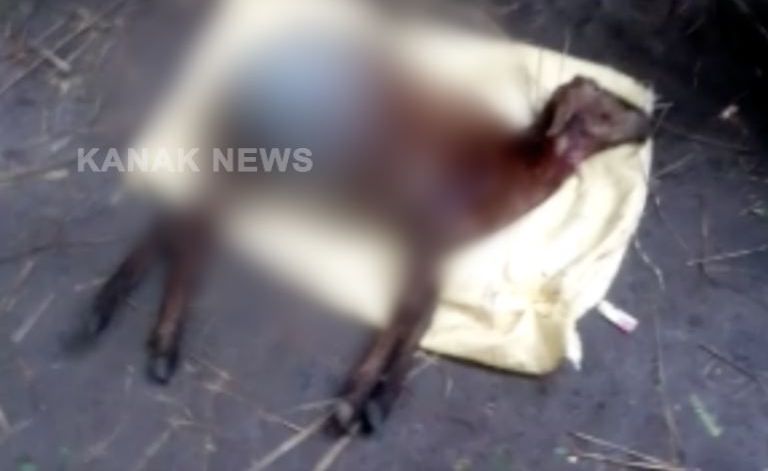 Niali: The mystery animal scare in Nilai area of Odisha’s Cuttack district continues unabated as two more sheep were allegedly killed by the creature at Baharana village, 15 km away from here, last night.

The two sheep were killed in a similar way as other sheep were recently killed by the killer animal/animals, suspected to be a wolf or a pack of wolves locally called rama siyala.

Besides, two sheep were injured by the unidentified animal last night.

Villagers of Baharana today detained Niali Forester Srikanta Behera and three others who had gone to the village to take stock of the situation.

On the other hand, Forest department started search operations in dense bushes of Baharana village to trace the creature.

Yesterday, one sheep was killed and nine others were injured in the area following which irate locals had blocked Niali-Phulnakhara road by burning tyres demanding compensation.

Notably, about 150 sheep have been killed by the unidentified creature in Niali area in the last 45 days leading to panic among the locals who are spending sleepless nights with youths guarding the area armed with sticks and torches to nab the killer.