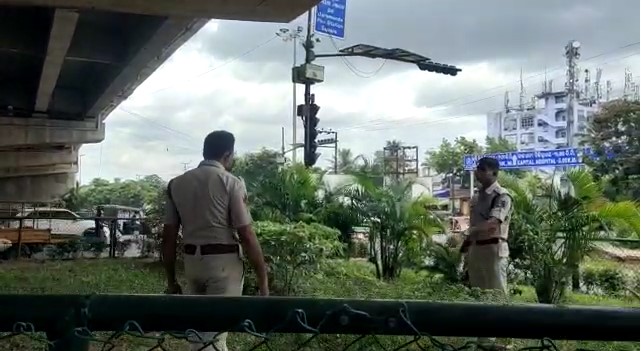 Bhubaneswar: Mystery shrouded over death of an alleged highway looter, whose body was found naked under a flyover in Bhubaneswar on Saturday.

The police recovered the body from Fire Station Square and registered an unnatural death (UD) case. As per the documents found from the spot, the youth is identified as Rakesh Panda, a resident of Aditya Lane at Satya Nagar area in Bhubaneswar.

According to police, the deceased along with his aide Asim Nanda Jena of Brahmanjharilo area under Cuttack Sadar police limits looted mobile phone, Rs 4500 cash, key of a truck and broke window glass near CRPF Square on NH-16 on Saturday. While they were committing the crime, a driver of truck loaded with LPG cylinders coming from Khandagiri informed the PCR staff about the incident.

On receiving information, the PCR staff rushed to the spot and found two persons were attacking an Autorickshaw driver.

One killed, another critically injured in road mishap in…

Following the incident, the PCR team informed police control room and managed to nab Jena at VSS Nagar with his motorcycle.

Again, the PCR staff went to the crime scene at Fire Station over bridge area for investigation but found nothing.

Few hours later, the police received an information about a body lying under over bridge at Fire Station area. Immediately, police rushed to the spot and found body of a youth without clothes. The documents including Aadhar card showed that the deceased was Rakesh Panda and he was the another accused, who had fled from the crime scene on the highway, police said.

The prima facie suggested that Rakesh along with his associate Jena was involved in the late night robbery cases and in order to escape, he jumped from the crime scene.

However, it still remains mystery that under which circumstances the youth jumped off the flyover in naked body.