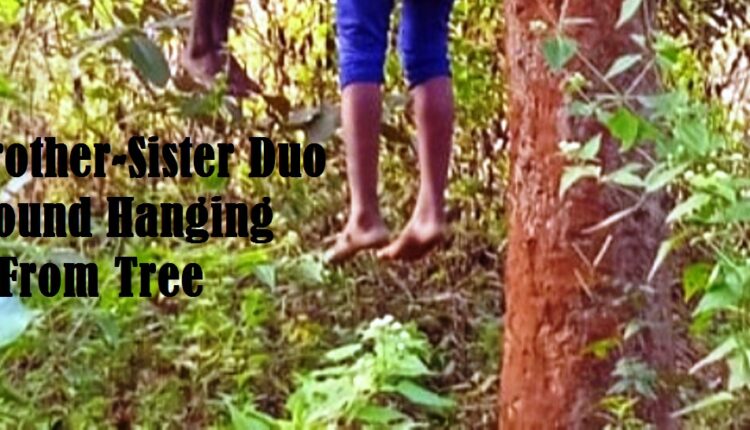 Baripada: A brother-sister duo was found hanging from a tree under mysterious circumstances at Lodha Sahi under Betnoti police limits in Odisha’s Mayurbhanj district, today.

Locals spotted the bodies of the minor siblings hanging from the tree, this morning.

On being informed, police reached the spot, recovered the bodies and started an investigation into the incident.

The bodies have been sent for post-mortem. An unnatural death case has been registered by police in this connection.

Though the reason behind their death was yet to be ascertained, it is suspected that the two died by suicide. The possible cause behind the suspected extreme step by them was not known.