The family further alleged that   Sushri's in-laws were pressurizing her to work and demanding money from her. 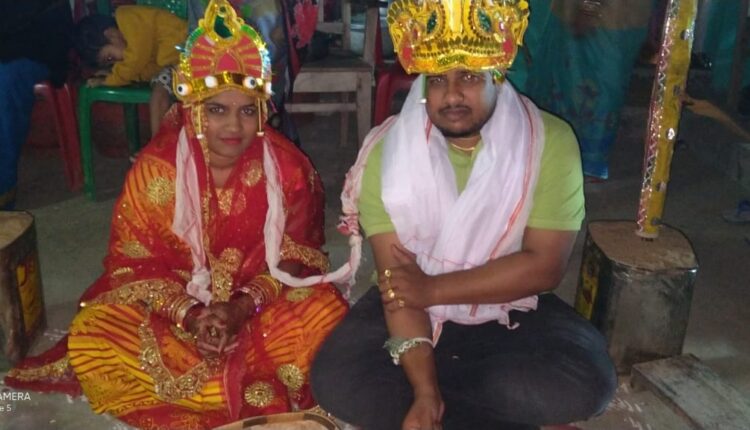 Bhubaneswar: In a suspected case of dowry death, a newly-wed woman was allegedly killed by her in-laws in Bhubaneswar on Monday. While the exact reason for the death is yet to be ascertained, the girl’s parents have alleged murder and filed a case at Tomando police station in this regard.

The deceased was identified as Sushri Sangeeta Bastia of Baharana village under Niali block of Cuttack district. In January 2021, Sushri had married Praveen Nayak from Govindpur in Nuagaon. At the time of marriage, Praveen’s family had claimed that he was earlier working in a mining company. However later he started working in a drinking water plant in Bhubaneswar while Sushri worked as a nurse in a private hospital. The couple was staying in Kalinga Nagar locality in the city.

On Monday night, amid Diwali celebrations, Sushri’s family reportedly got a call from her in-laws informing them that she was unwell. “We got a call from her husband’s family saying that my sister had locked her room. When they broke in, they found her unconscious,” claimed Sushri’s brother Biswajit Bastia. He further alleged that the in-laws had strangled her to death, removed all evidence and then rushed her to the hospital adding that while their family reached from Niali, none from the husband’s side including Praveen himself was present there. The family further alleged that   Sushri’s in-laws were pressurizing her to work and demanding money from her.

As per reports, after police started investigation, the mother in-law of the deceased has been at the hospital whereas the father in-law and husband Praveen are absent. A case has been registered and probe is underway. The cause of death will be established after autopsy report. Further details are awaited, police said.