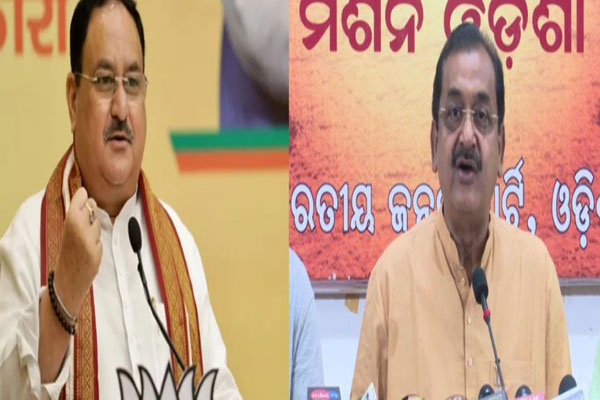 New Delhi: BJP President J.P. Nadda’s tenure, set to end this month, had been extended till June 2024 in view of the upcoming Assembly elections this year and the Lok Sabha elections next year.

Informing about the decision taken in the BJP National Executive meeting, Union Home Minister Amit Shah said that Defence Minister Rajnath Singh proposed to extend the presidential term of Nadda till June 2024, which was approved.

Citing the BJP’s victory in elections and organisational expansion under the leadership of JP Nadda, Shah said that BJP is the biggest democratic party. He further said that due to the pandemic, the membership drive could not be held, and nor could the organisational elections, and due to this, it was decided to extend Nadda’s tenure.

Shah claimed that under the leadership of Prime Minister Narendra Modi and the chairmanship of Nadda, the 2024 Lok Sabha elections would see the BJP win even bigger than 2019.

Meanwhile, BJP leader Sameer Mohanty will continue as Odisha’s BJP President till the next election in 2024.