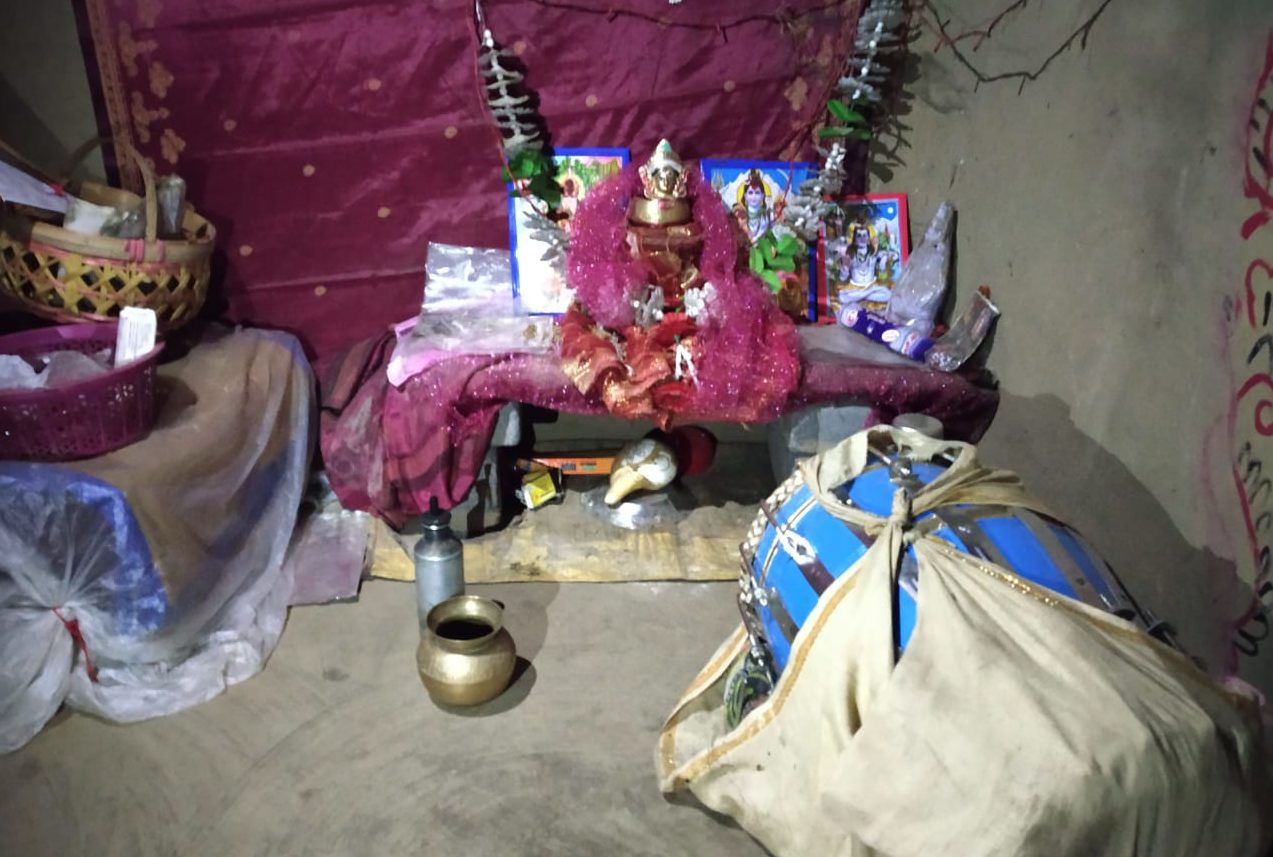 Balasore: Superstitions and witchcraft continue to haunt the civilized society in Odisha with reports of a married woman being a victim of sorcery practised by her father’s family to become wealthy.

The incident was reported from Gopalprasad village under Raibania police limits in Balasore district where the woman’s head was pierced with a nail and attempt was made to dig out her eye by her siblings to draw blood to appease the goddess.

The victim identified as Sandhyarani Dalai was rescued by her husband Rabindra Dalai and villagers in critical condition.

According to reports, Sandhya had visited her father’s house last night after a call from her brother Balaram Dandapat. When she entered the room where the witchcraft was practised, she was locked up from inside. The rituals for sacrifice began in presence of her brother’s mother-in-law Basanti Bera, wife Mani and younger brother Parimal Dandapat inside the room. Later, they pierced Sandhya’s head with a nail and tried to hollow out one of her eyes to pour blood on the skull kept before the goddess as part of offerings. She shouted with pain, but she was not allowed to go outside.

3 get lifer for murdering couple on suspicion of witchcraft…

Hearing Sandhya’s scream, her husband Rabindra Dalai tried to enter into the room, but prevented by her father Gaya Prasad Dandapat. With no option, he later sought help from the villagers for the rescue of his wife. In the wee hours, she was rescued from the custody of the black magic practitioners. She was found bleeding from head and eyes.

The victim was rushed to the Hatigarh Community Health Centre (CHC) from where she was shifted to the Balasore District Headquarters Hospital after her condition deteriorated.

Sources said that the Balaram’s mother-in-law Basanti, who is from West Bengal, had insisted Dandapat’s family for the evil practice to become rich.

Till the last report came in, no FIR had been lodged with the police regarding the matter.