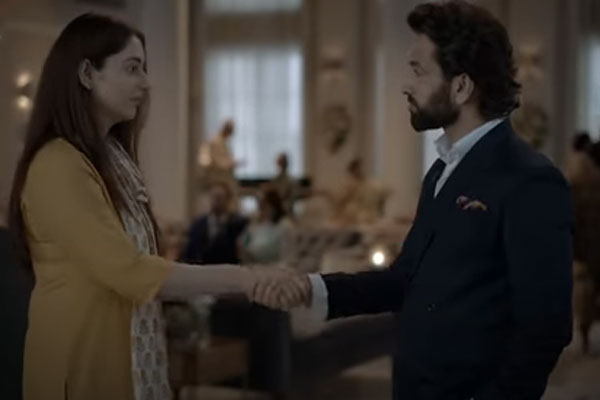 Mumbai: Actors Nakuul Mehta and Disha Parmar are overjoyed to portray the roles of ‘Ram’ and ‘Priya’ in the upcoming show “Bade Achhe Lagte Hain 2”.

Nakuul, who is known for portraying ‘Shivaay’ in the show “Ishqbaaaz”, says he is happy to be part of the second season of “Bade Achhe Lagte Hain” as it was his mother’s favourite show.

“I am so looking forward to this. ‘Bade Achhe Lagte Hain’ has been such an iconic show, literally I have grown up watching it. It’s my mother’s favourite show. So it is like an ode to my mother and all the mothers who really enjoy watching this,” says Nakuul.

The story will revolve around urban loneliness in the 30s and falling in love organically with mutual trust and respect after tying the knot. Recently, TV czarina Ekta Kapoor launched the promo with the two leads. It will be the second season of “Bade Achhe Lagte Hain” that first aired in 2011.

She adds: “‘Bade Achhe Lagte Haina¿ is my all time favorite show. I am really happy and proud to be associated with this show. It is probably the biggest achievement of my career so far. I am really grateful to the team for considering me for this show.”