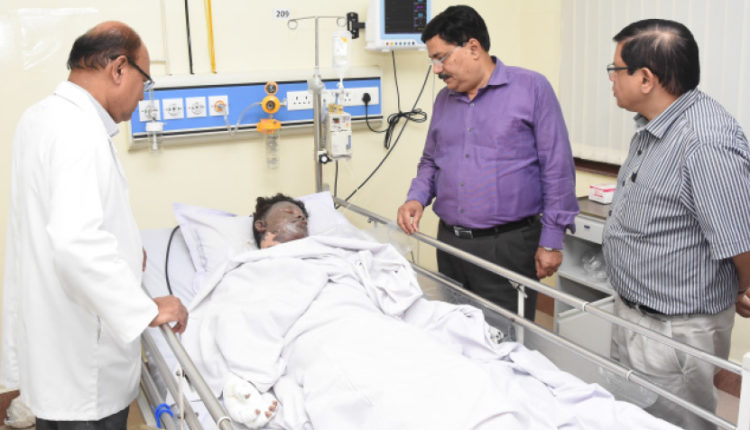 Angul: Of the four persons injured in a fire that had erupted at National Aluminium Company (NALCO) Angul unit last week, one died while undergoing treatment at a private hospital in New Delhi today.

The deceased has been identified as Mithun Nath, who was a contractual worker at the PSU and a resident of Patanasahi village. Following his death, the NALCO authorities expressed their deep grief towards the bereaved family members.

Worth mentioning, a flashover in high-voltage panel board of Smelter Casthouse-B had triggered a fire in the plant on July 23.  Four persons, including two students and a woman, had suffered burn injuries and were admitted to a private hospital in Cuttack.

Later, Mithun was shifted to a hospital in New Delhi after his condition deteriorated. He died undergoing treatment at the hospital this morning.