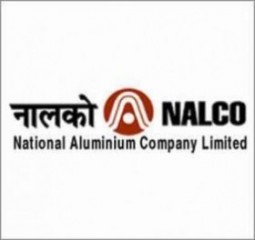 National Aluminium Company Limited (Nalco) said on Saturday that it registered a growth of 25.23 percent with a net profit of Rs 268 crore in the fourth quarter of 2016-17 against Rs 214 crore during the same period of the previous fiscal.

However, the standalone net profit for the full fiscal year has dropped.

The company has posted a net profit of Rs 669 crore, compared to Rs 787 crore achieved during the previous year, while the gross turnover during 2016-17 has been Rs 7,933 crore.

The figures were revealed from the audited financial results for 2016-17, taken on record by the Board of Directors in a meeting held here on Saturday.

Nalco said it took solace in the fact that it posted a profit in a sluggish international market and increase in input costs of raw materials, whereas several aluminium manufacturers have reported losses.

The company achieved 7.65 percent growth in bauxite production by recording 100 per cent capacity utilisation of 6.825 million tonnes in FY16-17, the highest since its inception, said a release.

It recorded stellar performance in its refinery segment with a record production of 2.1 million tonne Alumina Hydrate, which represented a jump of 7.53 per cent.

At its smelter plant in Angul, the company registered a 4.03 per cent increase in production of metal at 3.87 lakh tonnes, the release added.

Its captive power plant also witnessed an increase in power generation at 6066 MU, representing an increase of 3.85 percent.