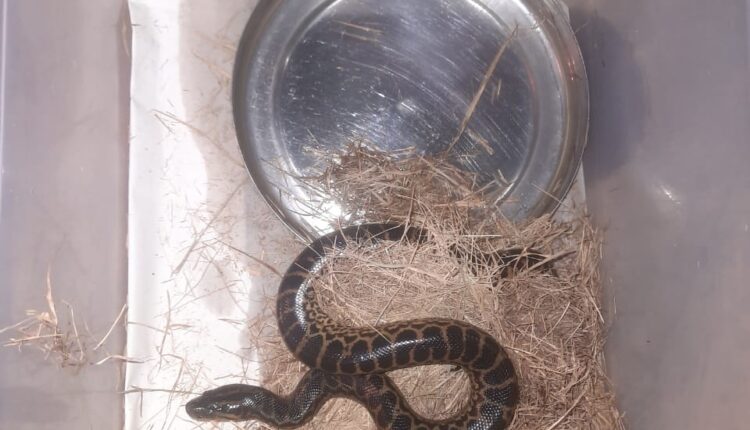 Bhubaneswar: Authorities of the Nandankanan Zoological Park here were quite thrilled when a yellow anaconda gave birth to a snakelet on Wednesday. This is the first time a yellow anaconda has been born at the zoo.

Zoo officials informed after its birth, the snakelet has been kept in a separate air-conditioned enclosure due to safety reasons. The yellow anaconda is expected to give birth to more snakelets in next few days. Hence, the field staff of the zoo has kept a watch on it, the officials added.

With this snakelet, the number of yellow anacondas rose to six in the Nandankanan zoo.

An anaconda can give birth to 20 hatchlings at a time.

It is worth to mention that the Nandankanan zoo bought eight yellow anacondas from the crocodile bank in Chennai on November 28, 2019. But three of them died due to infection.