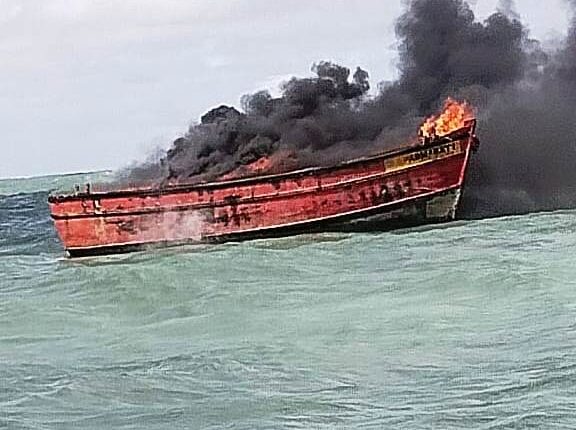 Bhadrak: As many as 10 fishermen had a close shave as a boat carrying them caught fire in sea near Abdul Kalam Island off Odisha coast, today.

According to reports, the fishermen of Dosinga village in Dhamra area of Bhadrak district had gone to the sea in the ill-fated boat for fishing.

Though the reason behind the outbreak of fire was yet to be ascertained, the flame reportedly emerged from the engine of the fishing boat.